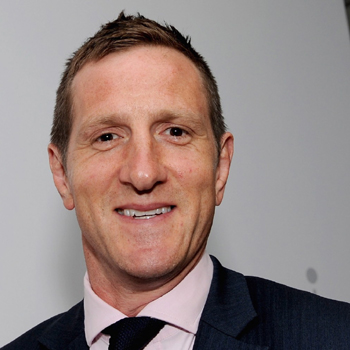 One of England's greatest ever rugby players, Will Greenwood was an integral member on the team that won the World Cup in Australia. In the matches that led up to that famous victory, he was one of the most consistent performers, scoring five tries along the way. Now retired from the professional game, Will works as a sports pundit for Sky and writes a regular column in the Daily Telegraph.
In a professional career spanning nine years, Will amassed fifty five caps and scored thirty tries. Only Rory Underwood has scored more tries for England and Will's ability as a midfield creator is unquestioned. He played in British Lions tours of South Africa, Australia and New Zealand and scored a hat-trick against Wales in the Six Nations Championships. Will also happens to be one of the sport's most likeable, intelligent and witty characters.
Before turning professional, Will, an economics graduate, worked in the City, on the trading floor at HSBC.
In his presentation 'Good To Great' he combines his knowledge of business with his sportsman's determination to win and offers an inspiring guide to achieving success. His topics include leadership, teamwork, attitude and the importance of self-belief.
In 2021 Will Greenwood launched a new book called “World Class” with his great friend Ben Fennell (CEO of The Growth House).The book gives the reader the tools of how to Lead, Learn and Grow like a champion - it’s an exploration of relentless pursuit of being better! It’s Will’s and Ben’s belief system complemented with a mouth-watering selection of interviews with some of the biggest games in sport and business. Will uses the basis of the book in his corporate speeches to inspire people to be the best they can.
Read More