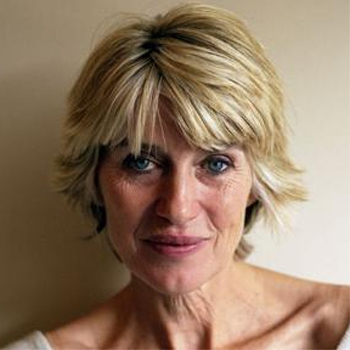 Selina Scott has anchored programmes on both sides of the Atlantic for 3 decades.
Her career started in Scotland, initially in print on the Sunday Post before moving to Grampian TV. She was one of the first women to present ITN's News at Ten before launching BBC Breakfast TV in the 1980s and she presented numerous news and current affairs programmes along side the likes of Sir David Frost, Nick Ross, and David Dimbleby.
Interviewees have included business leaders, statesman and senior politicians.
She has also produced and presented some of the most highly acclaimed documentaries on the royal heads of Europe including, A Prince Among the Islands a profile of Prince Charles, a profile of King Juan Carlos of Spain and The Return Of The King, profiling King Constantine's first visit to his native land for 25 years.
She has broadcast on Sky in the UK and also launched the Clothes Show for the BBC.
In the US she worked for CBS presenting the award winning coast to coast current affairs show West 57th and was the first journalist in the world to expose the cruel ivory trafficking trade in Kenya. Her work in highlighting the slaughter of elephants led directly to a new CITIES agreement made in Washington, which effectively banned the poaching of ivory. She also presented her own chat show - the Selina Scott Show for NBC which was broadcast nightly in Europe.
Most recently she has presented a number of countryside and animal related programmes in the UK such as ITV's Tales from the country and Animal Rescue Live for the BBC. She even won the Underdog Show on the BBC with her dog Chump!
In the corporate market she is a popular conference facilitator and chair, utilising her renowned investigative and probing interview skills, while on a lighter note she is a popular awards host.
She has homes in London, Spain and Yorkshire where she keeps Angora goats, whose fleece goes into her own label mohair socks. She has recently released a book A Long Walk in the High Hills which is an account of her rebuilding and restoring a house in Majorca. She is a campaigner against ageism having won a high profile case against Channel 5 in the UK, and is widely published in newspapers and magazines.
"She engaged the audience and had them hanging on her every word...a lovely lady, really looking forward to our next event with her"  Pump Industry Awards - March 2011
Read More