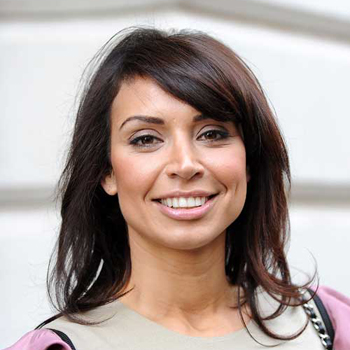 Christine Bleakley was born in Newry, County Down, Northern Ireland and grew up in Newtownards, County Down.

She began her television career as a runner and then trained to become a floor manager whilst studying for her A-Levels at Bloomfield Collegiate School in Ballyhackamore, Belfast.

She continued to work at BBC NI whilst studying for a politics degree at Queen's University, Belfast. She did not complete her degree course, however, instead moving into television work full time.

She was a news reader and presenter on Belfast Citybeat and on BBC Northern Ireland she hosted a wide variety of shows. Her biggest solo series was called 'Sky High' which saw her flying around Northern Ireland in a helicopter in 2004. A weekly entertainment show called First Stop followed, while big one-off shows like 'Would You Pass The 11+' and 'Children in Need' allowed her to develop her presenting skills. She also took part in a cookery show, 'Spill the Beans'.

Outside Northern Ireland, she co-hosted the BBC Two talent show 'Let Me Entertain You' and then subsquently  became the co-host, alongside Adrian Chiles, of 'The One Show' on BBC One.

Other landmarks in her career included taking part in 'Strictly Come Dancing' with professional partner Matthew Cutler; and presenting "This Morning" with Phillip Scholfield. She also appeared on many episodes of "Loose Womean" on ITV.