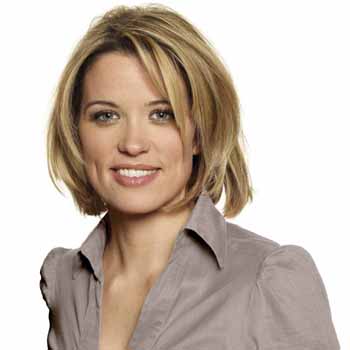 Amanda is a nutrition expert, broadcaster, writer and consultant whose passion for her subject coupled with her professional and engaging approach have made her a media favourite and respected businesswoman.
In television she is an established presenter, with a back catalogue of programming for BBC, ITV and satellite channels that spans a decade. She has published three books, the most recent of which, "Eat, Fast, Slim" was released in April 2013. "Eat, Fast, Slim" is doing well as a title in English speaking countries such as US and Australia, as well as being translated into languages as diverse as Korean and Czech.
Her most recent BBC series shows her applying her experience when working with families with weight problems in 'Slim Chance: Fix my Family'. Many people know Amanda as the co-presenter with Tim Lovejoy of BBC2 Sunday morning food magazine programme 'Something for the Weekend' as well as regular slots on GMTV as their nutritionist and weight loss expert, alongside Dr Hilary Jones. She has also featured as the Nutritionist on 'This Morning'.
Amanda regularly contributes to magazines and newspapers on health related subjects. She has columns in Top Sante, Health and Fitness, Press and Journal, Women's Fitness, Scottish Business Woman and Foodies magazine.
A senior associate of the Royal Society of Medicine and a member of the Guild of Health Writers, Amanda is in great demand as a consultant and guest speaker across a diverse range of sectors. Her background in business (in the technology sector), international-level sport and media has created a unique profile in the wellbeing industry that has led to her being labeled as "one of the health industry's most effective communicators."
Her business portfolio is has grown rapidly, and her combined experience for technology and health brought her into partnership with Bill Dobbie, one of the UK's most successful digital entrepreneurs for her online weight loss venture - amandahamiltondiet.com.
In her spare time Amanda is a keen skier, ad-hoc runner and devoted yogi. She trained in yoga during a sabbatical spent in an Indian ashram. She is also an ex-international badminton player. Amanda is 38, married and lives between Edinburgh and London with her husband and their family.
Read More