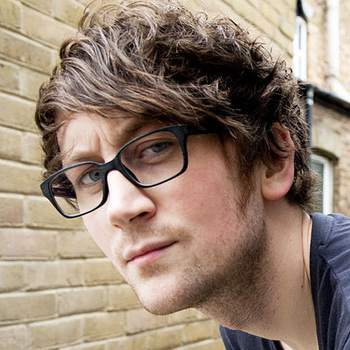 Will Francis recently left a creative digital agency – Harkable – which he co-founded 5 years ago and through which he helped top brands like Net A Porter, Samsung, Penguin Books, Spotify, Warner Music, Nike Foundation to reach their audiences in more meaningful ways through digital and social media.

He is establishing his own agency, Vandal, which will do similar work but focus more tightly on creative technology and innovation.

Will was born in the North of England but, having lived in London for almost half his life, it tends to fascinates him from a distance. He thinks the North is misunderstood and struggles with its own identity too. A veggie for fifteen years with a passion for music production and art history, Will dreams of exploring the sea and crossing the Atlantic in a sailing boat.

He has delivered talks at various conferences including Social Media Week London, TFM&A, Internet World, 2020 Digital Media, Enterprise Nation and the keynote at Bookseller’s Annual Marketing Conference in 2015. Most recently Will spoke at 100% Design at Olympia.

His first book, 'Cocktails of the Movies' was published by Random House in 2015 and more drinks books (as well as non-drinks ones), are on the horizon.