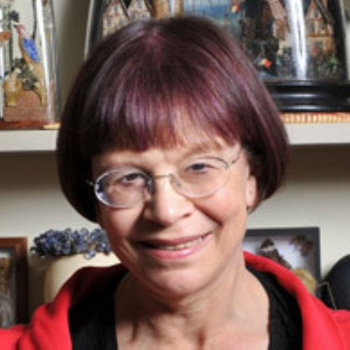 Virginia's career as a journalist began when her first book 'Chelsea Bird', was published when she was twenty.

As well as being best known today as an agony aunt and columnist, Virginia is the author of several other books including 'Janey and Me' about her childhood (she was an only child brought up by two very arty parents in the 1950s)

In the 'sixties she wrote a rock column for the Daily Mail. But after suffering long bouts of depression, decided to apply for the job of agony aunt at Woman magazine. Anna Raeburn had just left and Virginia got the job. She stayed there for ten years and since then has been problem page editor for the Sunday Mirror and Today. She is currently writing a weekly Dilemmas column for the Independent, as well as a monthly column for the Oldie.

At the moment Virginia describes herself as single, 68, with one son, who plays in the Ukulele Orchestra of Great Britain.  She freely admits to being not totally happy (but who is? Don't let's kid ourselves. Many more of us wake up in the morning dreading the day ahead than would like to admit) and very, very lucky, in that she has two wonderful grandchildren and is still working. Like most people of a certain age, she doesn't fear death, but doesn't like the thought of getting mad, incapable and gaga.

But looking on the bright side, as is her wont, the years after being 60 have unquestionably been some of the happiest years of her life, which is why she wrote 'No! I Don't Want to Join a Bookclub', a fictional diary about being sixty and a Grannie.

In the summer of 2009 she took to the boards at the Edinburgh Festival with a show based on her latest book 'The Virginia Monologues, 20 Reasons Why Growing Old is Great'.

As a very entertaining and humorous public speaker Virginia can talk on the subject of growing old, and what fun it is, but she can also give audiences a laughter and tears history of the problem page, in her own inimitable style.