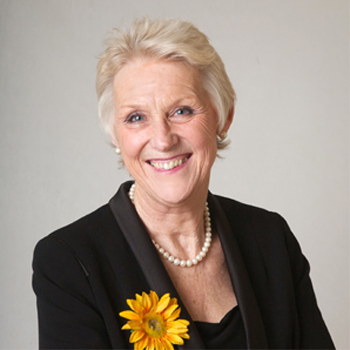 Pilates Instructor Tricia is the woman responsible for creating the world famous Alternative WI Calendar, which celebrated its 10th anniversary in 2010. Portrayed in the movie by Dame Helen Mirren, the film and play 'Calendar Girls' are based on her story.

The calendars have raised over £3 million for Leukaemia Research and the stage version was a roaring success both at Noel Coward Theatre in London's West End and on tour throughout the UK. Actresses who have played her on stage include Anita Dobson, Lynda Bellingham, Elaine C Smith and Arabella Weir.

In 2012 the calendar, once again, took the world by storm.
Tricia's amazing and hugely inspirational story is extremely amusing and peppered with anecdotes of the things that have happened to her and her fellow calendar girls along the way.
Read More