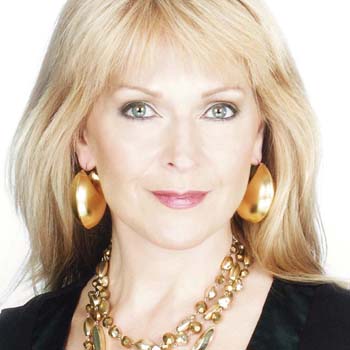 From punk princess to cult stage actress to high priestess of TV, Toyah Willcox is a uniquely gifted performer and an inextinguishable flame. Charismatic, outspoken and impossible to categorise, she is one of Britain’s iconic household names – an award-winning rock legend as well as a much-loved stage/screen actress and music composer. In a career spanning over 40 years Toyah has amassed thirteen top 40 singles, recorded twenty-four albums, written two books, appeared in over forty stage plays, acted in fifteen feature films and presented hundreds of television programmes.

It all began in her hometown Birmingham in 1977 when film director Derek Jarman offered her the role of ‘Mad’ in seminal punk epic Jubilee. She continued with strong roles, appearing alongside Katherine Hepburn in The Corn is Green, and playing ‘Monkey’ in the legendary and still iconic Quadrophenia. She teamed up with Jarman again to play Miranda in his innovative version of The Tempest, which won her a nomination as Best Newcomer at the 1980 Evening Standard Awards.

By this time Toyah’s band was gaining critical success with the debut single Victims of the Riddle (no.1 in the independent charts) and six-track EP Sheep Farming in Barnet. The follow up album The Blue Meaning became a Top 40 hit. The hit singles It’s A Mystery, I Want to Be Free, Brave New World and platinum-selling albums Anthem and The Changeling confirmed her status as one of the most significant talents of the 1980s. In 1982 she won the Best Female Singer at the British Rock & Pop Awards, who went on to become The Brits. Later acclaimed acting roles included Trafford Tanzi and The Ebony Tower alongside Sir Laurence Olivier.

Toyah’s most recent acting work includes acclaimed cult Brit film Ahhhhhhhh!, directed by Steve Oram and co-starring Julian Rhind-Tutt, Noel Fielding and Julian Barratt. Toyah has a cameo role in British film In Extremis for which Toyah and Simon Darlow have co-written and produced the end credits song Our Hearts Still Beat; Toyah plays the wife of a character played by Harvey Keitel in the forthcoming Lies We Tell, directed by Mitu Misra and co-starring Gabriel Byrne.

Toyah is completing film roles as Francis Meynell in the period piece Hound - The Life of the poet Francis Thompson, a new film by Chris Ward. Also in 2017, Toyah shoots To Be Someone based on the book of the same name, and will continue the adventures and lives of many of the original characters from Quadrophenia. She has a part in British horror film SwipeRight, based on a internet dating app and stars in another Steve Oram production entitled Dregs.

Her first musical as co-composer opened in the open air London Gods & Monsters production of Dostoyevsky’s Crime & Punishment and a film is being developed. Toyah will act in the first ever stage adaptation of Derek Jarman’s cult film Jubilee at Manchester’s Royal Exchange Theatre, in November 2017. Although she originally appeared as Mad in the 1978 film she will assume the role of Queen Elizabeth I, narrator of the drama. May 2018 will mark the fortieth anniversary of Toyah making music in the same month when she will also celebrate her 60th birthday.

Toyah's album "In The Court Of The Crimson Queen" went to number 2 in Amazon Music's best sellers a couple of years ago!