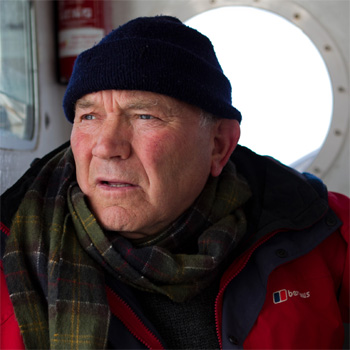 Ex-SAS soldier Tom is a warm, enthusiastic speaker who is capable of motivating and inspiring an audience to greater things. He speaks about his daring and remarkable Life of Adventure, attempting the impossible, achieving the incredible he continues to make world news with his extraordinary feats of daring and endurance, which include five epic lone Atlantic voyages in unusual crafts and an intrepid expedition to reclaim Rockall for Britain. Tom also speaks about how, at the age of 26,  in 1969 he was the first person ever to row the Atlantic Ocean single handed from Canada to Ireland.

In 1982 Tom crossed the Atlantic once again. This time sponsored by "Giltspur" he made a single handed journey by sail in a boat just 9' 9" in length. For 54 gruelling days, he battled his way through ferocious conditions, arriving in Falmouth Cornwall. Just three weeks later, however an American sailor followed him into Falmouth in a boat that captured the record for the United States by being just three inches shorter than McClean`s. Tom response was to cut 2 feet off the back of his boat and do it again in 1983, bringing the record home one year later.

In 1985 he lived on a ledge on the island of Rockall for 40 days to re-affirm Britain's mineral and oil rights.

Then, in his wackiest adventure, in 1990 he he sailed the Atlantic in a 37' bottle-shaped boat that he designed. The Typhoo Atlantic challenger was one of the strangest-looking vessels ever to ply the open seas.