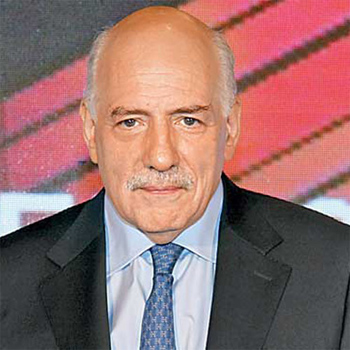 Tim Sebastian is the founder and chairman of The Doha Debates which have been broadcast continuously on BBC World News since 2004. The programmes- recorded in the Gulf state Qatar- provide a unique, uncensored forum for discussing the most controversial issues in the Arab and Islamic worlds.

The award-winning former BBC foreign correspondent, presented HARDtalk, BBC World's daily half-hour interview programme and travelled to many countries around the world including Israel, Germany, Hong Kong and the USA, interviewing presidents, prime ministers and kings, as well as authors, actors and musicians.

After three years based in Warsaw, Tim became the BBC's Europe Correspondent in 1982. Two years later, as the BBC's correspondent he went to Moscow where he stayed until 1985 before moving to Washington, where he was based from 1986 to 1989.

Born in London in 1952, Tim speaks Russian and German and holds a BA Honours degree in modern languages from Oxford University.

A best-selling author, he has written eight novels and two non-fiction books.

Tim also chairs conferences and seminars and is a highly skilled conference facilitator and after dinner speaker. He has a wealth of experience hosting events and award ceremonies, both at home and abroad.
"Thank you for your contribution and support at the inaugural World Ports and Trade Summit. Your active participation has helped establish this landmark event, demonstrating to delegates and all attendees the widespread involvement of the industry and how important was to share a platform of this kind to discuss the issues that affect us all."  CEO, ADPC, Abu Dhabi.  Tim hosted the Summit - March 2011
Read More