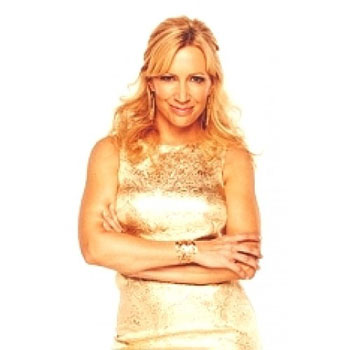 Susan Elizabeth "Suzi" Digby,is an internationally renowned conductor, choir master, musician and teacher, awarded an OBE in 2007 in recognition of outstanding services to music education.
She has trail blazed the revival of singing in schools and the community in the UK for over 2 decades, she was a judge on the BBC TV series Last Choir Standing a competition for Britain's favourite choir,  which attracted 10 million UK fans and many more worldwide. She judges the BBC School Choir of the Year Competition,  the BBC Chorister of the Year and has contributed to many other programmes.
Founder of Singing4Success with her top team of experts they offer inspirational and motivational singing based workshops for team building and leadership exercises both in the UK and internationally with an emphasis on active listening, and confident communication. She attended St Paul's Girls' School before reading music and graduating with honours in Musicology from King's College London where she studied piano, singing, conducting, arts administration and music education pedagogy. In 1990 she was awarded a Winston Churchill Fellowship, which enabled her to travel and study in Finland, Hungary, Canada and the USA focusing on methods of choral training and music pedagogy as practised by their leading exponents. She also trained with Péter Erdei, Head of Choral Studies at the Franz Liszt Academy in Budapest.
In 1993 she founded a national music education charity 'The Voices Foundation', based on the methodology of Hungarian music educator ZoltÃ¡n KodÃ¡ly. Known as the UK's leading music education charity; With over one million children and 60,000 teachers have benefited from the scheme. She is now a Council Member of the Winston Churchill Memorial Trust, Trustee of Music in Country Churches and several other music and education charities. A Fellow of the Royal Society of Arts and choral advisor for Novello music publishers, she is also a visiting Professor at the University of Southern California, where she has created a Masters in Arts Leadership and Choral Conducting. From 1996 to 1998, Suzi was musical director of Rosslyn Hill Chapel Choir, and from 1998-2000 director of the Middlesex Bach Choir. In 1998 she launched 'Singing Schools', a 5-year programme in South Africa involving 70 schools in Soweto and Johannesburg. More than two hundred African children's songs have been collected and integrated into the UK programme.
In 2000 Ms. Digby was invited to become a council member of the Winston Churchill Memorial Trust where she serves as Chairman of the arts category. That same year she was shortlisted for a Creative Britain Award. She also founded and directed the award-winning London-based adult chamber choir, Coro. Her conducting work has seen her perform in some of London's most prestigious concert venues including the Royal Albert Hall (for Yehudi Menuhin's 80th birthday concert), St John's, Smith Square, St James's Church, Piccadilly and the Royal College of Music. She has conducted prestigious orchestras, including the Brandenburg Choral Festival, Academy of Ancient Music and she works regularly with members of BBC Symphony Orchestra. Abroad, she is guest conductor of St. Stephen's Oratorio Choir, Budapest. She adjudicates choir competitions and gives lectures/workshops internationally. Her choirs have performed with The Rolling Stones and recorded with Duran Duran.
A serious force for good within Britain's music education system   New Statesman
I can't think of a better qualified judge for a choir competition than Suzi.  Her knowledge,
experience and above all passion for the subject is beyond any doubt.  Whether you are on the receiving end of positive or negative feedback, Suzi delivers it with great charm, eloquence and care.  Even the very best choirs respect, and are grateful for, her opinion and advice.
All of this comes with a delightful, engaging personality that really translates on television.
Matthew Napier, Producer BBC - The Songs of Praise School Choir of the Year Competition
It is impossible to exaggerate Suzi Digby's role in the saving of the UK's choral tradition.
The award of an OBE in 2007 conï¬rmed official recognition, but her true achievement is nationwide, where the sound of young voices is once again to be heard in our schools (Voices Foundation) Trevor Ford, Chairman, Royal School of Church Music, London
No praise can be too high for Suzi Digby, whose fund-raising, and organising, as well as musical skills enabled this amazing project to get
off to such a triumphant start.
Dr Martin Neary (ex Director of Music, Westminster Abbey) reviewing Vocal Futures St Matthew Passion
Read More