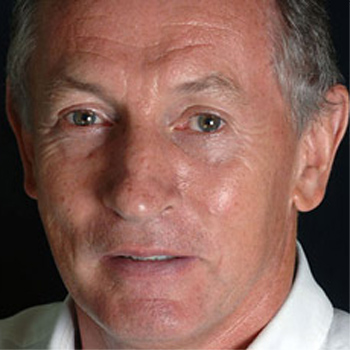 Steve Ridgeway CBE is an exciting and versatile new speaker on the circuit. He was the Chief Executive Officer of Virgin Atlantic for 12 years between 2001-2013.
During his time at the airline, he saw Virgin Atlantic grow from two 747s to a fleet of 40 long haul aircraft, flying six million passengers a year all over the world. Virgin Atlantic is considered by many to be one of the world's most innovative airlines, having won top business, consumer and trade awards.
Steve joined Virgin Atlantic in 1989 and soon after, in 1990, was appointed Managing Director of Virgin Freeway where he launched the UK's first automated frequent flyer programme. In 1994 he was appointed as a board member, taking on the role of Executive Director of Customer Services. Then in 1998 he was promoted to Managing Director and finally became Chief Executive officer in 2001.
His 23-year career at Virgin Atlantic ended when he resigned in 2013. He said "My time with Virgin Atlantic has been nothing short of an adventure. I've seen many great times and a few bad, and have always remained firm that we must offer something different to that of our competitors. Our staff, both on the ground and in the air, deliver a service that others could only hope to copy. I will be leaving the airline as it embarks on a new era of flying and I am confident that it will continue to soar and enjoy success for many years to come".
Steve is not one to shy from debate. He is a leading voice in the aviation industry and has constantly challenged the Government to evaluate its stance on UK aviation and airports. He has fought hard to ensure Virgin Atlantic is the UK's second largest long haul carrier, but more importantly, a brand that people all over the world recognise and admire. He successfully steered the airline through major global aviation issues including the tragic events of 9/11 and the volcanic ash cloud. He continues to lead and inspire during the difficult economic conditions facing the UK and will leave a lasting impact with his constant desire to invest and innovate throughout the business.
Keynote topics Steve can expertly cover include;
As an after dinner speaker he has a wealth of anecdotes and humorous stories from a lifetime of exciting challenges and career appointments. Whether it was working at Cougar Marine, captaining the two Virgin Challenger yachts in the Blue Riband Challenge across the North Atlantic, to the many fascinating insights he has had working with, and for, Sir Richard Branson at Virgin Atlantic.
Read More