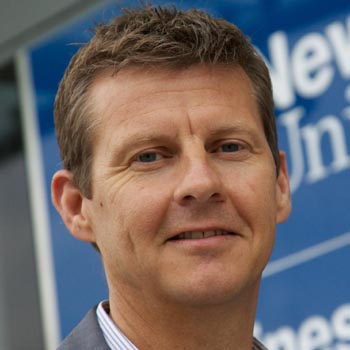 British middle distance running could not believe its luck when, in a majestic-striding youngster from the northeast called Steve Cram, it found a "third man" to eclipse Seb Coe and Steve Ovett. Steve quietly nurtured a natural gift that was arguably superior to both of them.

When he was in full cry during his destruction of Ovett's 1500m and Coe's World mile records in 1985, one commentator likened it to "watching a Greek god on the track".

For five seasons between 1982 and 1986, he enjoyed a dazzling spell of competitive success which neither Coe or Ovett ever matched, winning a world, two European and three Commonwealth Golds.

The ultimate prize deserted him when, not fully fit, he had to settle for silver behind Coe in the Los Angeles Olympics 1500m final. His response was three world records in 19 days the following year, including history's first sub-three and half minute metric mile in one of the sport's epic duels, with Said Aouita.

Steve is now the main athletics presenter on BBC Grandstand and does a great deal of after dinner and motivational speaking and is in great demand from corporate clients.

"I just wanted to let you know how fabulous Steve Cram was yesterday at our event. He pitched his presentation perfectly for the audience and was a very inspiring and interesting chap to listen to. We would definitely consider using him again for future events."  Schroders Investment Management event - February 2016

"A massive thanks for your work with us this week... Starting off the event with your own experiences and thoughts had a huge impact. The single thing that made people sit up and take notice was your approach - no narcissism, no ego, just an incredibly successful individual who can view things from a different perspective... You gave me the perfect platform to be able to take that into the rest of our event, and for that I'm extremely grateful."   Sales Director, Roche on Steve's motivational speech at The Roche Sales Conference - April 2014
"Steve was absolutely fabulous!  Everybody loved him and he did a great presentation as well as had lunch with a few key people and presented some awards for us. He was brilliant so please pass on my thanks, appreciation and regards."  Marketing Manager, Kalzip - March 2013
"Steve Cram was really good. Thanks for booking him for us. He has great charisma and feels very natural on stage. He handled the presenters and the choreography on stage wonderfully, and had clearly prepared very well. He also seems like a really nice guy, so a great host all round!"  Steve hosted The People Awards - March 2011
"Steve went down very well with Cable and Wireless. His presentation was informative and well pitched, no mean feat for an early breakfast seminar! He was a pleasure to be with, happily chatting to the delegates and posing for photos."   Blue Rubicon
Read More