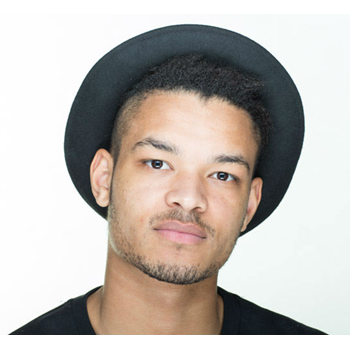 Steve is the young CEO of Europe’s fastest growing marketing agency, Social Chain. After dropping out of university at 18 - defying his parents in the process - Steve began his first company, a student platform called Wallpark. During this initial venture, where the expected path was to market to students via traditional techniques, Steve instead decided to harness social media. It was while working on this strategy that Steve realised by building on the popularity and reach of the UK’s largest online social communities, brands too could capture the attention of young people, and so the idea for his next company was born.

He rounded up the most talented people in social media, resulting in the convergence of renowned online communities with huge followings to create a mega company offering social and influence driven marketing solutions. Steve quit Wallpark, just as he had school and university, ignoring any fears and focussing instead on this new venture. A growing fascination with disruption, in particular how best to disrupt traditional marketing methods, meant that where Wallpark had been in decline, he had siezed upon a new opportunity with much broader horizons.

Steve began to harness online influence channelling his efforts into creating the most innovative social media marketing agency of the decade, Social Chain. Two years after its conception, Social Chain had become the most sought after and cutting-edge agency of its kind. Having expanded into four locations in its first year and employing 100 like-minded people, with an average age of 21,  Social Chain now works with some of the biggest brands in the world including Apple, Coca-Cola and Warner.

Steve had not only reinvented the model of a traditional marketing agency, but also began to create his dream creative workplace. Amidst dogs, in-house bars, ball pits and slides, Steve and his team close huge global marketing deals in an environment where people thrive and enjoy their jobs. Social Chain has garnered significant press attention with Steve at the front of its continued growth. At just 24, he became a recognised entrepreneur, speaker and investor with a massive online following.

Despite his successes, Steve has made it a priority and considers it his responsibility to stay actively connected with his contemporaries and his generation. His ability to relate to a younger audience is paramount to his success today, although now a CEO and public figure, Steve places great importance on communicating directly with his followers. Combined with this passion for inspiring a younger generation, comes a great knowledge of and respect for social media and upcoming trends.

Steve was named Digital Entrepreneur of the Year 2016 and remains at the forefront of the industry and is often the one reporting on upcoming trends even before their adoption.  He has been featured in The Times, Evening Standard, Buzzfeed, The Huffington Post and on multiple occasions in The Drum.

"Exceptionally creative, mega hard working entrepreneur. Steven is one of the most impressive young business men I have ever met. Destined for greatness! He is without doubt one of the key thought leaders within the Youth / Student Marketing space. Highly recommended."  Gordon Bennell - Director of The Hook