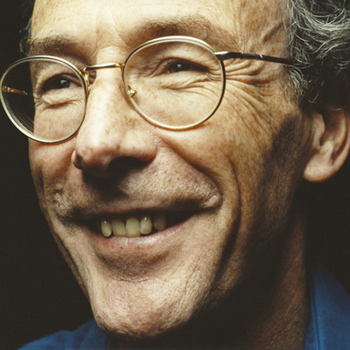 Stephen Venables one of the best known mountaineers of his generation and the first Briton to climb Everest without supplementary oxygen. He is also a highly successful photographer, writer, and motivational speaker.

In 1988 he joined a four-man American-Canadian-British team to pioneer a new route up the Kangshung Face - the biggest wall on the world's highest peak. The first small team to tackle such a daunting objective on Everest, without Sherpa support or supplementary oxygen. Seven weeks after first setting foot on the face, Stephen Venables reached the summit, alone and without oxygen. Caught out by darkness, he was then forced to spend the night in the open, without food, drink, or shelter, at 28,000 feet above sea level. Only in the morning could he rejoin his companions (who had not quite reached the summit) to make a desperate retreat down the mountain.

His first book Painted Mountains, published in 1986, won the prestigious Boardman Tasker Prize for Mountain Literature. A Slender Thread published January 2000 describes his thirteenth Himalayan expedition, which made the first ascent of Panch Chuli V in northern India. During the descent an abseil anchor failed, plunging Stephen Venables 300 feet down the mountainside. Stranded at 19,000 feet with two broken legs, his predicament was desperate. The book concludes with a dramatic account of how he and his companions, including Sir Chris Bonington, coped with the situation and eventually organised a rescue. The Observer said, 'Venables writes with understated elegance, conjuring up vividly and honestly his companions, while also showing an acute awareness of the environment through which he travels' and the Sunday Telegraph praised the book's 'powerful, dramatic writing'

His public speaking engagements have taken him all over Britain, France, Spain, Italy, India, South Africa, Mexico, Canada, Greece. His most recent American engagement was at the Smithsonian Institute.

He makes regular motivational presentations to business colleges and company conferences, He has written articles and reviews for many leading periodicals, such as Geographical, Country Living and Condé Nast Traveller, as well as all the major national newspapers. These articles have covered topics as diverse as white-water rafting, plant collecting, transport policy, gardening and film.'.

His love of adventure has also taken him to Peru, Bolivia, East Africa and South Africa, where he has combined three lecture tours with rock climbing.

Stephen Venables is more than just a successful mountaineer. He has a gift for communicating his passion for wild places to a wide audience. He has taken part in many radio and television programmes as well as being the key figure in the 1990 South Georgia film. His most recent film projects included a return to South Georgia with Conrad Anker and Reinhold Messner to take part in the screen film Shackleton's Antarctic Adventure, fronting the Matterhorn programme in the recent BBC documentary series Mountain Men and fronting The Race for Everest, also for the BBC.

In 2003 the Royal Geographical Society commissioned two books to mark the fiftieth anniversary of the first ascent of Everest. 'To the Top' was a children's history of Everest; 'Everest - Summit of Achievement' was a lavish photographic history for which Venables acted as main author and consulting editor; it was shortlisted for the WHSmith travel book award.

'Meetings with Mountains' was published in 2006, followed by 'Ollie' the story of his autistic son who died in 2003, aged twelve, from a brain tumour.  The book reached the top ten in the Sunday Times non-fiction bestseller list and the Daily Mail praised this 'story of great courage, love, and extraordinary selflessness... a celebration of a bright, lively, brave little boy'.

Stephen Venables has an MA in English Language and Literature from Oxford University, where his tutors included John Bayley and Christopher Tolkien.