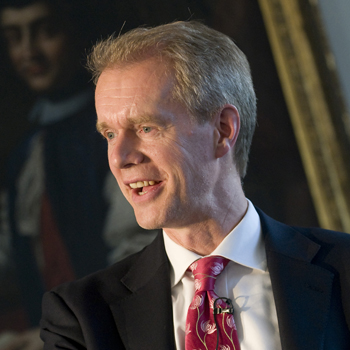 Stephen Sackur presents BBC's Hardtalk which is broadcast on BBC News 24 and BBC World, the BBC's international news channel. It has received widespread praise: Following an interview with the Prime Minister of Ethiopia he received over 200 emails from Ethiopians delighted to hear an interviewer willing to challenge their leader on his record on Corruption and Human Rights.
Stephen was named International TV Personality of the Year 2010 by the Association of International Broadcasters.

Prior to his appointment, Stephen was the BBC's Chief Europe correspondent between 2002 and 2005, following a 4 year stint in Washington.

Stephen offers a world of experience in US and foreign affairs news coverage. From the fall of the Berlin Wall to the war ravaged sands of Kuwait, Sackur has covered major breaking stories for over a decade. His insight into the people and places that keep our world spinning is unparalleled. Some of his areas of expertise include:

Stephen's warm yet no nonsense style is highly valued in the corporate market and is available for hosting conferences as well as making keynote speeches, with his wide internation experience making him a natural choice for multinational audiences.
"Stephen did a great job and had complete control over the presentation ceremony which made it run very smoothly. He was very professional and managed to keep to our tight timings....We would definitely consider using Stephen again in the future." Stephen presented the Seatrade Awards at The Guildhall, London - May 2013
"Stephen hosted two sessions at RenewableUK's Wave and Tidal conference. While he noted that he was not an expert in the area, his knowledge put him far beyond the level of a layman. Furthermore, he used his projected position of relative ignorance to probe deeply into the issues and draw out valuable learning points from the participants in the session. Stephen has an air of authority about him that enables him to control a boisterous discussion while being gentle enough to hear even the softest voices in the room. I felt a particularly pleasing element of Stephen's chairmanship was his ability to sense which people have the most to offer on a certain topic as well as add to a question in a way that draws out the most important points, which would often otherwise have been lost. In all, the sessions hosted by Stephen were highlights for many of the delegates and we hope to engage his services again at our future events."   Wave and Tidal development manager, RenewableUK

"Stephen was fantastic and our audience really liked him."  Stephen spoke about geo politics and took Q&A at the Foresight Energy Coal Symposium