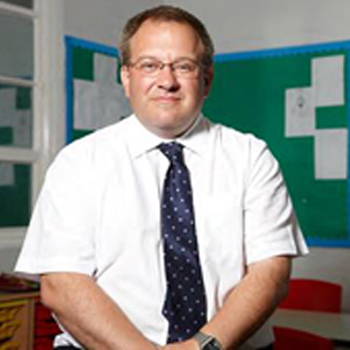 Stephen Drew is Headteacher of Brentwood County High School in Essex. He has been a teacher of history in secondary schools since 1997, working at schools in Tower Hamlets, Suffolk and Essex. Between 2002 and 2012 Stephen worked at Passmores Academy in Harlow, Essex. In September 2012 Stephen became head of BCHS, achieving his goal of being a headteacher before his 40th birthday -  in November 2012.
Stephen is committed to that the young people he is responsible for achieve the highest level of success that they can. He believes that as a society we are far too quick to judge young people negatively, forgetting in a quite shocking fashion what it is like to be young.  He believes that adults have an absolute responsibility to ensure young people are given the chances to succeed, and to learn from the mistakes that are inevitably made when they are young. To do this he advocates creating the structures and environments to support families so that the children can achieve high aspirations. This approach directs everything he does as a teacher.
Stephen's beliefs were first seen in the BAFTA award winning Channel 4 documentary series "Educating Essex" made about Passmores Academy where Stephen was Deputy Headteacher.
Stephen has discussed education on BBC Breakfast, Daybreak, Radio Five Live and Channel 5 News. He was interviewed on conflict resolution for Word Of Mouth on Radion 4, and took part in a discussion on Nightwaves on Radio 3 about the future of the teaching of history in schools. Stephen was also a mentor for one of the programmes in the 2012 series of Channel 4's youth campaigning programme, Battlefront. His latest series Mr Drew's School for Boys aired on Channel 4 in May 2014 to critical acclaim.
Firstly, I would like to thank you on behalf of myself and everyone involved in The Academies Show for your contribution to such a successful Show. All the delegates that I spoke to during the day and post the event, found your speech to be highly informative and very enjoyable, which is testament to your hard work and professional insight.  Ben Moody, Director, Partnership Media Group -  May 2014
Read More