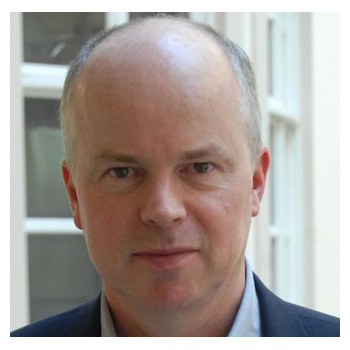 Robbie Gibb is a seasoned political adviser, broadcast journalist and communications professional with an insider’s knowledge of the British political landscape and an expert understanding of the Brexit process.
For two years Robbie was Downing Street’s Director of Communications and one of Prime Minister Theresa May’s closest political advisers.
He joined from the BBC in the aftermath of the 2017 General Election and was intimately involved in the development and selling of Britain’s policy to leave the EU. His first-hand experience and insight into the political drama surrounding Brexit gives him an unparalleled understanding of the challenges the Government now faces in Europe and in Parliament.
At Number 10 Robbie worked across every area of policy including preparations for the annual budget, drawing up the long-term plan for the NHS and new measures to combat plastic waste.
A champion of impartiality in broadcast journalism, Robbie had an illustrious career editing many of the BBC’s flagship programmes. In the years leading up to his move into politics, he was head of BBC Westminster with overall responsibility for the BBC’s political output.
In the days following Theresa May’s departure from Downing Street, Robbie wrote a compelling article in the Daily Mail setting out why he believes the UK failed to leave the EU on the 29th March 2019 and the challenges faced by the new Government.