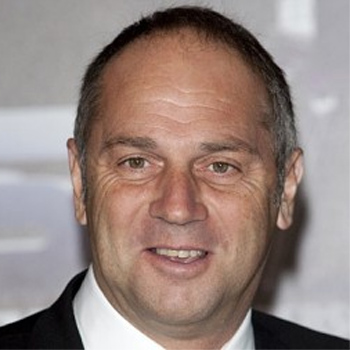 Steven Redgrave has proved himself one of the greatest athletes Britain has ever produced.
He is one of the very few who have won Gold Medals at five consecutive Olympic Games - Gold for the Coxed Fours in Los Angeles in 1984, followed by Gold (with his previous partner Andy Holmes) in the Coxless Pairs at Seoul in 1988, in 1992 with Matthew Pinsent for the Coxless Pairs, and in 1996 again with Matthew at the Atlanta Games.

The pinnacle of his career came at the Sydney 2000 Olympics when he attained his fifth Gold Medal.

In addition to his Olympic successes, Steve has won many other honours in the sport over the years, including many prizes as a junior rower and competing and winning Henley Royal Regatta Diamond Sculls several times.
In 1986 Steve became a Triple Commonwealth Gold Medallist at Edinburgh, winning the Single Scull, Coxless Pairs and Coxed Four. He has also won three World Championship Golds, in 1986, 1987 and in 1991. His other sporting interests include golf and winter sports. During the 1989/90 season, he was a member of the British Bobsleigh Team.

Together with current partner Matthew Pinsent, Steve is the holder of the World Record in Coxless pairs set in Vienna in 1991 and the Olympic Record set in Barcelona in 1992.

'Just a quick note to thank you for helping to secure Steve Redgrave for our Conference yesterday. He was a great speaker and very well received by the delegates - if funds allowed, I think they'd book him for everything!'
Sir Steve spoke at the RICS Management Conference in February 2008

'A real triumph! The client was thrilled with the final effect which was exactly as we had planned. Sir Stephen Redgrave got a standing ovation. Steve Rider & Juliet Morris were perfect for the role. Thanks for all your efforts'
RS Live on Sir Stephen Redgrave