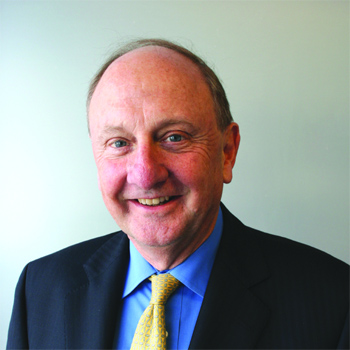 As Senior Independent Director of Dyson, Sir Richard is responsible for developing the company's manufacturing and sales operations in Europe, the US and the Far East.
Richard originally served as a Conservative MP and Trade Minister. He is widely credited for reinvigorating UK exports, and for regenerating Northern Ireland's infrastructure and economic base. He took huge risks by insisting that Belfast's bomb-damaged city centre be reconstructed in glass and steel, to show confidence in the future.
Since leaving politics Richard has worked as Chairman, Director or advisor to twenty firms - from start-ups to global giants like GEC. Aside from his role at Dyson, he chairs Avon Rubber and Imperial College's DeltaDot (which invented the world's most advanced DNA sequencer). He also serves as Vice Chairman of NEC Europe.
Heading-up Dyson's move into China, Richard has developed contacts at the highest reaches of Government and at local Party Secretary level. He understands the pitfalls and the need to enter the market at the right level, in the right place and with the right partners.
Richard's presentations set out the measures necessary for any organisation to secure its future. Delivered with trademark gusto and a sharp wit, his message is clear: keep innovating, look after suppliers, maintain margins, refuse to allow passengers, stress test your strategy, train those it most benefits and work out what customers are thinking - not what you want them to think.
Read More