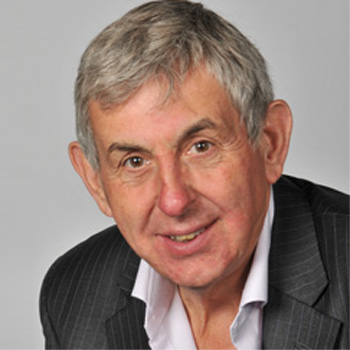 Ian McGeechan was a school teacher for 22 years before joining Scottish Life in 1990 in their marketing department and subsequently becoming Head of Training.
He made his rugby debut for Yorkshire Colts in 1965 and for Yorkshire County in 1966. His first Scotland trial was in 1968 and his debut was a stand-off v New Zealand at Murrayfield in December 1972.
In total Ian McGeechan won 32 caps for Scotland 20 at centre, 12 at stand-off, with a total of nine games as captain. He scored a total of 21 points for Scotland. He toured with the British Lions as a player in 1974 in the unbeaten tour to South Africa and in 1977 to New Zealand playing all eight tests.
He toured with the British Lions as coach in 1989 to Australia, 1993 to New Zealand and 1997 to South Africa. He was the assistant Scotland coach to Derrick Grant from 1986-88 (including the inaugural Rugby World Cup in New Zealand in 1987). Ian was Scotland coach from 1988-1993 and during that period Scotland completed the Grand Slam in 1990, toured New Zealand and come fourth in the rugby World Cup. He joined Scotland as Head Coach in 1999 after 5 years with Northampton Saints after having won the Allied Dunbar Premiership coach of the season in 1998-99.
Ian has received many awards. In 1990 he was awarded the OBE, he has an Hon Masters Degree in the Arts from the University of Nottingham and a doctorate from Leeds Met University. He was awarded the Mussabina Medal from Sportscoach UK for his services to International coaching, the Pat Marshall award, the Millenium Award from Sportscotland in 2000 and entered the Sportscoach UK Hall of Fame in 2001.  In 2005 he was appointed Chairman of Sportscoach UK and that year was inaugurated into the International Rugby Hall of Fame and the PRA's Hall of Fame in 2006.
In 2003, Ian took up the post of Director of Rugby of the Scottish Rugby Union but 18 months later was back in hands on coaching as Director of Rugby with Wasps. He left Wasps in May 2009 and went on to manage what has widely been acknowledged as one of the best British and Irish Lions tours. Despite a narrow series defeat, Ian restored the pride of four nations in the Lions and re-established the tour as the greatest rugby tour in world rugby.
Ian was knighted in the 2010 New Years Honours List for his services to rugby.
Ian is available for Q&As but is also a brilliant keynote speaker. His presentation reviews the British & Irish Lions rugby tour to South Africa in 2009 and incorporates team building, planning, selection & coaching, giving an indepth insight into what Lions rugby is all about.
Read More