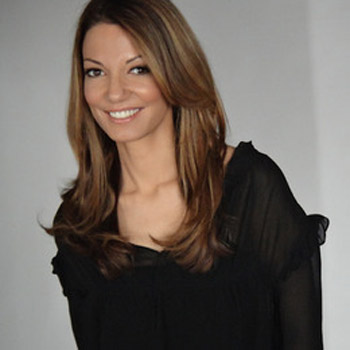 Simone Bienne, the daughter of an Indian doctor and Swiss fashion designer, is a British journalist, sex and relationship therapist, media personality and lifestyle host. From being a model, she trained as a journalist and news presenter, graduating with honors from the University of Manchester in 1995 with a BA degree in Politics and History, and later gaining a DipHE in Broadcast Journalism from University College London.
She has presented numerous documentaries about Indian culture and was nominated for a Royal Television Society award.
Since training as a psychotherapist and moving to the United States (although she now divides her time between England and the USA), she has hosted TV shows including 'The Love Stuff with Simone Bienne' and Lovelab on 'Dr Drew's Lifechangers Loveline and Lifechangers'. She is also the sex expert for The New Ricki Lake Show (Fox) and a commentator for The Jeff Probst Show (NBC).
In the UK Simone bas been OK TV's Relationship Reporter and had a weekly Celeb Lurve segment. She co-hosted Simone Bienne's Relationship Clinic on The Wright Stuff Extra,  appeared weekly on 5 News as their celebrity commentator and was Big Brother's Little Brother's relationship expert.
Simone hosted 'I Really Fancy You (ITV2), 'Surprise Weddings', (ITV/ ITV2), A Place In The Sun (Channel 4) and co-hosted 'Secrets of Magic' (BBC1) as well as 'Talking Sex with Simone' for BSkyB and the 'Healthy Sex' series for News Corp.
Simone is an accomplished Awards host, and her credits include hosting Product of The Year, The Pharmacy Awards, Asian Express Rich List, and AM to PM.  She is accredited in the UK by the College of Sex and Relationship Therapy and by the  Association of Sex Educators, Counselors and Therapists and the Society of the Scientific Study of Sexuality in the USA.
Read More