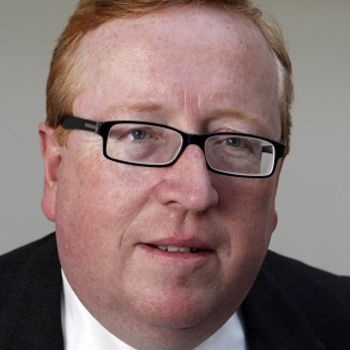 Simon Heffer was born in 1960 and educated at King Edward VI's School, Chelmsford, and Corpus Christi College, Cambridge, where he read English and subsequently took a PhD in modern history.
He joined The Daily Telegraph as a leader writer in 1986 and later held the posts of chief leader writer, political correspondent, parliamentary sketchwriter, comment editor and deputy editor.

As Associate Editor he wrote a twice-weekly column for the Daily and a cultural column for the Sunday Telegraph. He won the Charles Douglas-Home Prize in 1994. He has written biographies of Thomas Carlyle, Enoch Powell and Ralph Vaughan Williams, a political biography of King Edward VII and the polemic Nor Shall My Sword: The Reinvention of England, about England's relations with Scotland.
Most recently he wrote a do-it-yourself grammar primer, Strictly English and a history book High Minds: The Victorians and the Birth of Modern Britain.
He currently writes a polemical column for the Daily Mail, and is a regular media contributor. Simon can provide a fascinating view on modern politics; he also holds strong views on the economy, being an unapologetic monetarist.
Read More