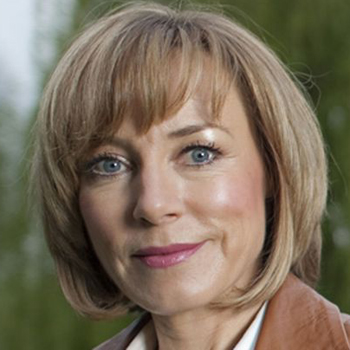 After seven years on the BBC Breakfast sofa with Bill Turnbull Sian Williams moved on to co-present BBC Radio 4's extended Saturday Live. Her ability to ask probing questions in her easy interviewing style adds to the wit and warmth of the show where ordinary people tell extraordinary stories, and celebrities reveal their everyday side.

Sian was also involved in some exciting new BBC TV projects including presenting the Olympics for BBC Breakfast, and has remained a key member of the main BBC One newsreading team, presenting for the Six O'Clock, One O'Clock and the Ten O'Clock News. She has also helped present the BBC Coverage of major anniversaries including the D-Day Landings and outbreak of World War One.
Sian joined the BBC in 1985 and spent a year working as a reporter in Manchester, Sheffield and Leeds, before moving to Liverpool where she spent five years at Radio Merseyside as a reporter and producer.
In 1991, Sian joined Radio 4's World at One, The World This Weekend and PM, becoming an output editor on all three programmes.  She produced programmes for major news events - following Bill Clinton on his 1992 United States Presidential campaign; producing live shows from Belfast on the IRA ceasefire; and, during the Bosnian war, secured exclusive interviews with main players like the subsequently indicted war criminal Radovan Karadzic.

Her big break into television news came when, in 1997, she accepted a job as an assistant editor with BBC News 24. The team were screen testing would-be presenters - one fell ill and Sian was asked if she fancied having a go herself. She did, and was subsequently offered the 4.00 to 7.00pm slot on News 24 with Gavin Esler.

She joined BBC Breakfast as a presenter in 2001 after a two year stint an the Six O'Clock News as a special correspondent and occasional presenter.  Whilst presenting Breakfast, Sian also continued to present the Six O'Clock News and worked on Radio Five Live.
She has presented programmes for BBC Wales (One Show with Aled Jones, and the Big Welsh Challenge, where she spent a year learning Welsh) -  although born and raised in England, Williams is Welsh by heritage, her family hailing from Llanelli.
"Sian was fab, everyone was really impressed with our choice, thanks for all your help."
Stretford Events after Sian hosted the DWF Employer Awards
Read More