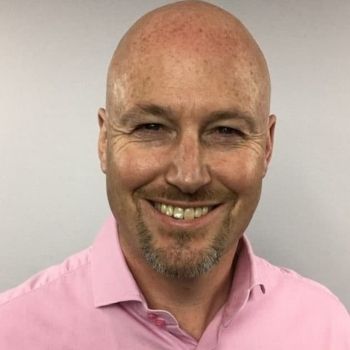 He works with medium and large multinationals and individual business professionals from around the world to help them gain the results, recognition and rewards they want.

This is done through applying sometimes little known psychological and practical communication tools and techniques from his own colourful experiences that are also backed-up by the best scientific research as well as amazing insights gleaned from having interviewed billionaires, Hollywood stars, war heroes, Olympic medallists and other highly successful people about their successes as well as their setbacks.

One of his new speaking topics, that offers something different and increasingly pertinent to clients, especially after he gave a TEDx talk on this at the end of last year, is 21st century manliness...and the diverse implications that men's attitudes and actions are now having increasingly in the workplace and elsewhere.

'You not only motivated and inspired our Business Advisers, you gave them the confidence and energy to perform successfully at the sharp end of what is a new venture for Vodafone. Since then, we have experienced the best business sales week in retail so far this year.'   Vodafone
'Seán was as motivational as he was very, very funny when he facilitated and spoke at our pioneering national team conference. It was a vitally important landmark event and he left everyone feeling energized, entertained and even more personally and professionally confident to successfully tackle the great challenges ahead. In fact, as a result, lots of my team said that, from now on, they wanted to conduct their professional interventions like Seán!'   Royal Mail
'Seán's role as compare was to hold together a very challenging conference consisting of four different TV style shows in one day. He fulfilled his roles very well as a serious interviewer, a conference host and as a comedian " all without any autocue. Particularly impressive was his ability to step up and ad lib for more than 20 minutes at the drop of a hat when the need arose! Sean was critical in maintaining audience attention throughout the day and ensured that the delegates were thoroughly entertained when appropriate. He was a pleasure to work with and contributed towards one of our most memorable and productive conferences.'  Deloitte
'Seán worked with us to improve our interpersonal and business presentation communication skills on both an individual and a team level. We noticed a rapid and sustainable improvement in both areas which has proved to be of great value to the business. He was a pleasure to work with, being insightful, motivating and entertaining.'   Petro-Canada
Read More