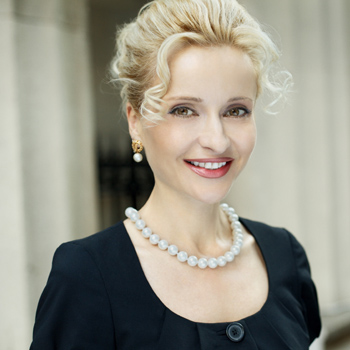 Sandra Navidi is the author of $uperhubs: How the financial elite and their networks rule the world which was launched at the World Economic Forum in Davos in January 2017. It was already a bestseller in her native Germany and critically acclaimed. 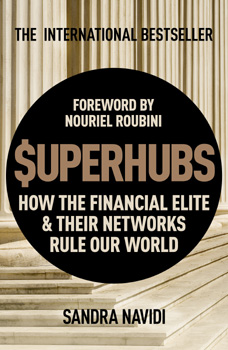 $uperhubs is a rare, behind-the-scenes look at how the world's most powerful titans, the "superhubs" pull the levers of our global financial system. Combining insider's knowledge with principles of network science, Sandra  offers a startling new perspective on how superhubs build their powerful networks and how their decisions impact all our lives. $UPERHUBS reveals what happens at the exclusive, invitation-only platforms - The World Economic Forum in Davos, the meetings of the International Monetary Fund, think-tank gatherings and exclusive galas. This is the most vivid portrait to date of the global elite: the bank CEOs, fund managers, billionaire financiers and politicians who, through their interlocking relationships and collective influence are transforming our increasingly fragile financial system, economy and society.
https://www.amazon.co.uk/d/cka/SuperHubs-Financial-Elite-Their-Networks-Rule-World/185788664X/ref=sr_1_1?ie=UTF8&qid=1486554980&sr=8-1&keywords=superhubs
Sandra is a strategic and macroeconomics advisor.  She is a US and German attorney and frequent media contributor having founded the New York-based strategy consulting firm BeyondGlobal, advising the boards and senior management of international companies, financial institutions and family offices.
Previously she was a member of the inner circle of advisers to renowned economist Nouriel Roubini, with whom she worked as Director of Research Strategies and Senior Relationship Manager at Roubini Global Economics. Before Sandra Navidi joined Roubini, she had worked as an investment banker at Scarsdale Equities, Chefjustiziarin at Muzinich & Co. and as a consultant at Deloitte.
After completing law studies at the University of Cologne she studied at Fordham University School of Law in New York where she completed a Master of Law in Banking and Finance Corporate Law.  As an expert in international capital markets she has given more than 500 interviews in international media and has been a guest speaker at numerous major professional events.
Sandra's speaking topics include:
- Financial markets
- Economy (financialisation, growth, emerging markets, banking and monetary system)
- Socio-critical topics (inequality and the increasing wealth gap, capitalism in crisis, the entanglement of the financial industry with the political establishment)
- Politics: Geo-economic topics (US elections, Brexit, Future of the Euro and Europe, Germany)
- Behind the scenes of the world of high finance (World Economic Forum, IMF, White House, Treasury)
- Career, focus on networking
- Career, focus on women
Read More