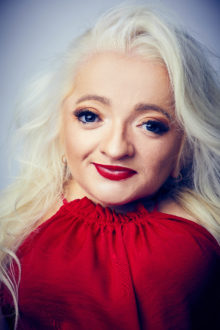 Samantha Renke is an actress, presenter, speaker, writer and disability rights campaigner who was named as number 3 in The Shaw Trust Power 100 List of 2020 – a list of the UK’s most influential disabled people.

Samantha has brittle bone disease - which leaves her whelchair bound. She has levereraged her disability t spread the word of disability rights through the use of media and speaking.

As an ambasodor for Scope, and patron for Head2Head Theatre, Samantha has had a wealth of experience as a speaker for companies such as National Education Union, Viacom, Houses of Parliament, the British Red Cross, Retail Week and ASOS.