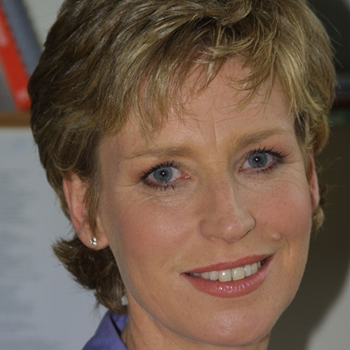 Sally Magnusson is a journalist, broadcaster and writer, much in demand as an after-dinner speaker and conference and award ceremony host. She presents a range of programmes for the BBC, including the BBC 2 political show Daily Politics on Friday, the popular BBC 1 daytime current affairs strands Britain's Streets and Missing, the religious series Songs of Praise and the early evening Scottish news programme Reporting Scotland.

She was born in Glasgow, studied English at Edinburgh University and began her journalistic career on The Scotsman, before joining the BBC's news and current affairs department in London, where she presented Breakfast News for many years. Based now in Glasgow, she is the author of several of books, including Dreaming of Iceland (Hodder), Glorious Things (Continuum), Family Life (Harpercollins) and The Flying Scotsman: The Eric Liddell Story.

As a speaker she specialises in hilarious talks about juggling her life as a broadcaster and mother of five. She has chaired conferences on subjects as diverse as banking, energy, transport and science for schools.