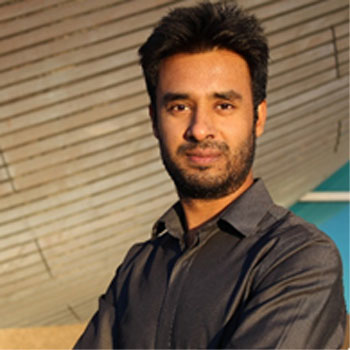 Sabirul Islam is world-renowned Inspirational speaker, who has delivered keynotes to audiences’ the size of football stadiums to as small as a classroom through his art of storytelling, theatre style performances, powerful vocals and ever glowing stage presence.

He is a UK bestselling author, corporate trainer and a speaker coach. With over 14 years’ experience in the world of business, speaking and writing, Sabirul has inspired over a million people in 31 countries and published 3 bestselling books, his first titled ‘The World at Your Feet’ which he wrote at the age of just 17.

He grew up in Tower Hamlets in East London, and was raised in difficult conditions with his parents not in employment. His ambition was to break away from challenging norms in his community which was driven by crime and violence throughout his childhood. He took a different path than most in his teenage life, by starting his entrepreneurial journey at the age of 14 running a web design venture, before soon trading in the stock market at the early age of just 16. His focus quickly shifted to empowering the young generation around him, which led him to writing his first book, which he self-published after being rejected 40 time. The book went onto sell 42,500 copies across the UK.

He has since been an ever-present motivational speaker, delivering talks and enterprise workshops at schools across the UK before going global with his Inspire1Million campaign. A speaking tour where Sabirul spoke at 867 events in 29 countries over a span of 4 years.

He has been deeply passionate to inject practical enterprise learning and promote financial education across the academic platforms, which led to Sabirul developing his Teen-Trepreneur board game which has been licensed out to 14 countries worldwide.

Sabirul has a very strong and high-profile media presence, having directed and hosted 2 live TV shows in Asia, as well as featuring on some of the largest newspapers, magazines and media platforms around the world.

For the past 6 years his focus has also been on delivering corporate presentation skills & leadership training, to small and medium sized businesses with strong emphasis on self-development, leadership, sales, cognitive thinking and emotional intelligence.

Sabirul strongly believes in living life with purpose, value and meaning. Living and breathing his motto “Born to Serve, Live to Inspire.”

Truly incredible from beginning to end! His presentation was pitched perfectly for our students who sat in stunned silence listening intently to his amazing story.  We really couldn't have asked for a more passionate or inspirational speaker."  National Enterprise Academy
Read More