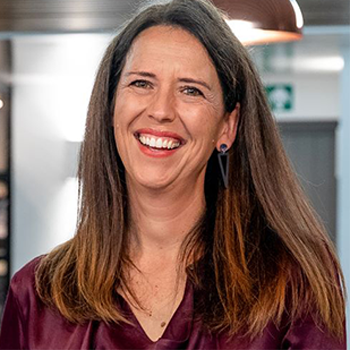 Born in South Africa, Ruth found her passion for the culinary arts at the age of 14 years old when she started producing and selling chocolates to fundraise for a double tape-deck radio.

As a pastry chef and professional chocolatier for over two decades, the South African- born chocolatier’s work is regularly showcased on national television and at gastronomic exhibitions around the world. She is also a TV judge on the Hairy Bikers Chocolate Challenge.

Before training with Cacao Barry in Milan, Ruth graduated from the Silwood School of Cookery in South Africa in 1994 with a diploma is Cordon Bleu cooking.

Named Australian Pastry Chef of the Year in 2004, then employed as the Head Pastry Chef at the 5-star Sheraton Grand Hotel in Edinburgh, then in 2008 she kick started her chocolatier and patisserie business, Cocoa Black.

From around the kitchen table, Cocoa Black has originated from humble beginnings, now grown to include a chocolatier and patisserie shop, a production kitchen, an ecommerce website and Chocolate & Pastry School.

Adding to her successes, Ruth won the 2012 UK Chocolate Maters, and also becoming the first woman to qualify for the World Finals in Paris in 2013.

Ruth has an inspiring story of her journey to becoming a world class chocolatier, with her failing home economics at school, she reveals the grit, determination and sacrifice it takes to get to where she is.