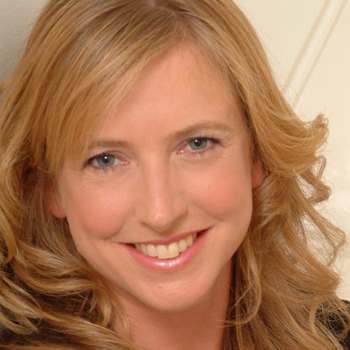 Roz Savage holds four world records for ocean rowing, including first woman to row three oceans: the Atlantic, Pacific and Indian. She has rowed over 15,000 miles, taken around 5 million oar strokes, and spent cumulatively over 500 days of her life at sea in a 23-foot row-boat. She uses her ocean rowing adventures to inspire action on the top environmental challenges facing the world today.
A latecomer to the life of adventure, Roz worked as a management consultant in London for 11 years. Since embarking on her first ocean in 2005, she has braved 20-foot waves, been capsized 3 times in 24 hours, and faced death by dehydration when both her watermakers broke. She has encountered whales, dolphins, sharks, and turtles, and admired the timeless beauty of sunrises, sunsets, and starfilled night skies. The ocean has forced her to develop courage, tenacity, perseverance, and the strength to transcend self-imposed limits.
An accomplished and inspiring speaker with a charismatic stage presence, Roz has spoken to tens of thousands of people across six continents. Past engagements include the Royal Geographical Society, the National Geographic Society in the US, the TED Conference and the Vail Symposium, as well as numerous corporate speaking engagements.
She is a United Nations Climate Hero, an Athlete Ambassador for 350.org, and an Ambassador for the Blue Project. She is a Fellow of the Royal Geographical Society, a Fellow of the Explorers Club of New York, and has been listed amongst the Top Twenty Great British Adventurers by the Daily Telegraph and the Top Ten Ultimate Adventurers by National Geographic. In 2011 she received the Ocean Inspiration Through Adventure award.
Her story has been featured on CBS, ESPN, NPR, and the BBC, and in articles in the New York Times,San Francisco Chronicle, Outside Magazine, The Daily Telegraph, the Daily Mail, the Express and the Evening Standard. She has written for numerous magazines and websites including Forbes and the Huffington Post, and contributed a chapter to the book "Oceans" to accompany the Disney film of the same name.
Her book, “Rowing The Atlantic: Lessons Learned on the Open Ocean, is published by Simon & Schuster. The documentary based on her Atlantic row has toured the world as a finalist in the Banff Mountain Film Festival. In 2010 she was named Adventurer of the Year by National Geographic.
In 2013 Roz was awarded an honorary degree from the University of Bristol.
“Heroic, epic, inspiring, historic.  Sir Richard Branson
"Roz is both courageous and utterly committed. She combines epic adventures with valuable education, and has inspired countless people to take responsibility for our environment."  Zac Goldsmith, MP
"You have created a buzz in our community and set a lot of minds, (young and old) in motion to create their own personal challenges, as well as ways that they can push the limits of human perception."  Tim Sheeper,  Team Sheeper triathlon coaching
"I just want to say that what you did was amazing, tough, and dangerous. You did something that not a lot of people can do. I think that you are a strong powerful woman that can do whatever they want if they put their mind to it. Just by coming to our school, I bet you inspired a lot of children to do things that they normally can't do without someone to look up to."  Peter Babekian, Kennedy Middle School, California
"You were spectacular! I have received so many enthusiastic responses from people in the audience in the days afterwards. They just loved your natural charm, your articulate British sense of humour, and how you actually pulled it off and lived to tell the story! Like I said, you made them come alive that evening at ExplorOcean. You made a lot of new friends in Newport Beach!"  Tom Pollack, ExplorOcean, California
"A captive audience of 400 adolescent boys is a very hard sell, but Roz connected in a way that most public speakers only aspire to.  Of course the story itself (and the video footage) was riveting, and her solo crossing was an extraordinary achievement, but it was Roz' warmth, humour, accessibility and authenticity that captured our hearts."   Deb Caughron, Woodberry School, Virginia
Read More