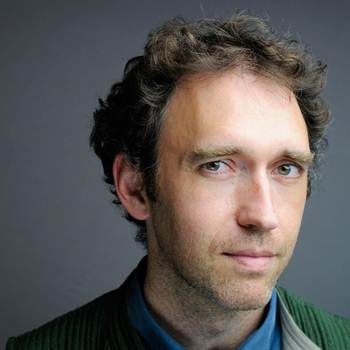 Roman Krznaric is a social philosopher whose books, including Empathy, The Wonderbox and How to Find Fulfilling Work, have been published in more than 20 languages. His latest book, Carpe Diem Regained, has been described by George Monbiot in The Guardian as “brilliant – one of those rare books that forces you to ask what the hell you’re doing with your life.”

He is the founder of the world’s first Empathy Museum and of the digital Empathy Library, and was also a founding faculty member of The School of Life. He is a Research Fellow of the Long Now Foundation in San Francisco, and a Research Associate at the Design Against Crime Research Centre at Central Saint Martins college of art and design in London.

Roman has been named by The Observer as one of Britain’s leading popular philosophers. His writings have been widely influential amongst political and ecological campaigners, education reformers, social entrepreneurs and designers. An acclaimed public speaker, his talks and workshops have taken him from a London prison to Google’s headquarters in California.

After growing up in Sydney and Hong Kong, he studied at the universities of Oxford, London and Essex, where he gained his PhD in political sociology. Roman has worked as an academic, a gardener and a human rights campaigner.

How to start an empathy revolution: Roman Krznaric at TEDx