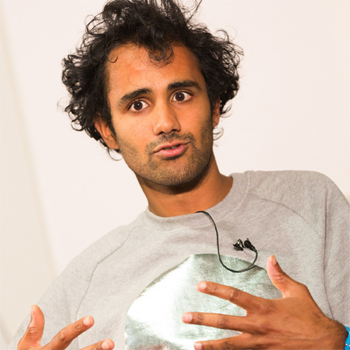 Rohan Silva is a global thought leader on the relationship between public policy and innovation. He has an unrivaled perspective on technology's potential to transform public services and drive economic growth and job creation.
From 2010 to 2013, Rohan served as Senior Policy Adviser to UK Prime Minister David Cameron. He previously served as Senior Policy Adviser for the 2010 General Election and Economic Adviser to the Shadow Chancellor George Osborne (2007- 2010).
During his time in Downing Street, Rohan's principal focus was technology, enterprise and innovation He was responsible for the Tech City initiative in east London which helped to increase the number of digital and technology companies in the area from 200 to over 2000 in just two years. He also introduced the UK's Entrepreneur Visa, a global first, and commissioned the Hargreaves Review of Intellectual Property, created the Government's tax breaks for angel investment and entrepreneurship, and designed policies to open up government procurement to SMEs.
Rohan wrote the Conservative Party's Technology Manifesto in 2010, and is passionate about the creative use of technology in government. He was responsible for creating the Government's world-leading framework for IT procurement, with its radical emphasis on open standards, open source software and open data.
Rohan is a trustee of Entrepreneur First, the private sector initiative to encourage top graduates to start their own business, a Policy Fellow at Cambridge University, a Fellow of the Royal Society of Arts, and a Research Affiliate at Massachusetts Institute of Technology (MIT).
He is currently Entrepreneur in Residence at Index Ventures.
Rohan has unique experience of using technology and innovation to revolutionise the relationship between government and it's citizens. He speaks about the role government can play in fostering a high tech economy and how business and government can continue to collaborate in the future.
Read More