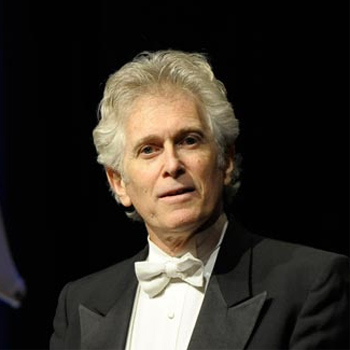 After a distinguished career at the helm of two American orchestras, Roger Nierenberg has emerged as a creative force for innovation in the presentation of symphonic music. For 14 years, he led the Jacksonville Symphony Orchestra in Florida, where he succeeded in building one of the great concert halls in America. The pinnacle of his time in Jacksonville was the orchestra's appearance in the Carnegie Hall Festival of American Orchestras. During his lengthy tenure with the Stamford Symphony in Connecticut, the orchestra developed a reputation as one of the finest in New England. Nierenberg has guest conducted many of America's most distinguished orchestras and opera companies including the Detroit Symphony, the St. Louis Symphony, the Baltimore Symphony, the Indianapolis Symphony, and the Atlanta Symphony, and has performed at some of the world's most prestigious music festivals including the Mostly Mozart Festival, the Opera Theatre of St.Louis and the Dallas Opera. Abroad his many credits include having conducted the final concert at the Prague Spring Festival and at the Beijing Festival, and touring with the London Mozart Players.
His recording with the London Philharmonic Orchestra is on Sony Classical Records and his recent book 'Maestro: A Surprising Story about Leading by Listening' is available in many languages, and as an e-book  and was named as the Best Leadership Book from 800-CEO-READ in 2009.
Nierenberg is the creator of the highly successful experiential learning event, called The Music Paradigm where an orchestra is used as a metaphor for any dynamic organisation. With participants seated among the musicians, Roger Nierenberg leads a series of exercises, carefully crafted to address the sponsor's specific themes and issues. The Music Paradigm provides a creative framework for rethinking leadership style, philosophies, teamwork, and effectiveness. Since its inception in 1995, Music Paradigm sessions have been held for hundreds of major companies, government organisations, healthcare groups, leading educational institutions, and global consulting firms throughout the United States, Europe, South America, Asia, and Latin America with over 90 different orchestras. It has been the subject of reports on ABC, CBS, CNN, and PBS and was the sole feature of an hour-long broadcast of the BBC's Money Programme.

Roger is a regular visitor to the UK and can provide a highly stimulating addition to conferences and corporate events.