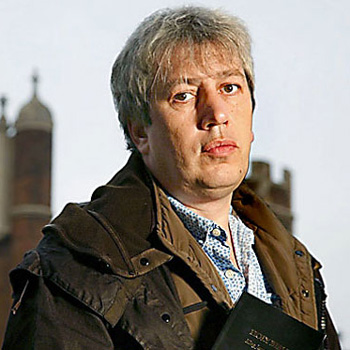 Rod Liddle was the Editor of BBC Radio 4 Today programme from since 1998 to 2003 when he resigned over a matter of principle.

The Today programme, presented by Jim Naughtie, John Humphrys, Edward Stourton and Sarah Montague, has an audience of seven million listeners and is regarded as the BBC's flagship news programme.

Rod is also a weekly columnist for The Guardian and a regular contributor to The Spectator and The Independent on Sunday.

In his spare time, he appears occasionally on Radio Four quiz shows and acts as warm-up man for Any Questions. His list of TV credits as a presenter is growing all the time with commissioned programmes for Channel 4 to add to Call My Bluff.

He's got a good knowledge of politicians, especially useless politicians, having been, for four years, a speechwriter for the Labour Party during its most unsuccessful period in history.

He was educated at the London School of Economics and Political Science.

Rod's source material for his after dinner speech comes from his unique insider knowledge of broadcasting and politics. A very entertaining speaker.

"Rod was great fun...his anecdotes were hilarious, and he skilfully navigated close to the line, yet was careful to never cross it. Highly recommended, we will use him again!" - Institute of Directors Devon and Cornwall branch - Rod spoke in 2005

"What a guy! His insights into the behind the scenes of the media, in particular the BBC, were most revealing, while some of the anecdotes were so unbelievably funny they had to be true!" Communicators in Business - Rod spoke at their Annual Dinner in Spring 2004