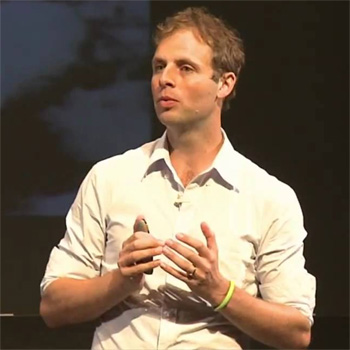 Adventurer, author and motivational speaker, now based in Hong Kong.  Originally from London, Rob Lilwall studied geography at Edinburgh University and did his teacher training at Oxford University before teaching geography in an Oxfordshire Secondary School for two years.
His two most epic expeditions, the 50,000 km Cycling Home From Siberia expedition, and the 5,000 km Walking Home From Mongolia expedition were commissioned as television series for National Geographic. Such expeditions have seen him travel, unsupported, on foot and on bicycle, through dozens of countries, including some of the harshest places on earth, from the frozen wastelands of the Gobi Desert, to the thick jungles of Papua New Guinea, and the war-torn passes of Afghanistan.
Whilst telling his high-energy adventure stories, Rob weaves in powerful motivational messages about the importance of having the right attitudes in order to survive and thrive on the road. These key takeaways for individual staff and teams are ideal for both corporate training and after-dinner events.
He also completed a theology diploma at Oxford University, and carried out two shorter expeditions, this time on foot: walking a lap of the M25, and walking through Israel and the West Bank.
Rob is based in Hong Kong, where he continues with his speaking, writing and adventure career, as well as working as a fundraiser for the charity Viva that works with children at risk around the world.
His most recent expedition, the 5,000 km Walking Home From Mongolia expedition (on foot through Mongolia and China to Hong Kong), was completed in mid 2012. A book and TV series followed in 2013.
Rob's messages, aligned to his Attitudes of Adventure, cover embracing change, daring creative thinking, self discipline, resisting the fear of failure, keeping and boosting the morale of the team, effective networking, perseverance and keeping a clear head under pressure.
As an after dinner speaker Rob recounts his epic, invigorating adventure stories, interweaved with high-energy nuggets of inspiration and humour.
"We have had many conferences, and many after-dinner speakers, and without doubt Rob Lilwall was one of the very best. His journey is fascinating and his talk and style highly engaging, filled with humour, and makes good use of video and pictures. It works very well in the corporate environment with great messages about overcoming challenges and being resourceful."  Macquarie Capital, Hong Kong
"Rob's down to earth personality combined with his extraordinary achievements inspired and instilled confidence in our team that by setting goals, getting started and persevering it is possible to make dreams come true." Maersk Line, China
Read More