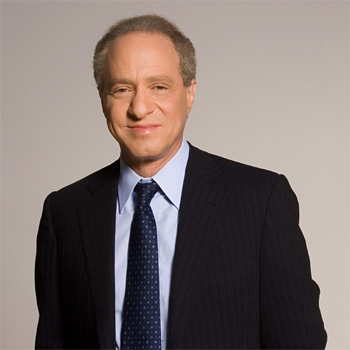 Ray Kurzweil is an American inventor, entrepreneur, author and futurist. Called the restless genius" by the Wall Street Journal, and the ultimate thinking machine" by Forbes, Kurzweil's ideas on the future have been touted by his many fans, ranging from Bill Gates to Bill Clinton.

He is a leading futurist and also deservedly world famous as the inventor of the first reading machine for the blind.  Stevie Wonder is just one of the people for whom Ray's innovations have been life-changing. As he has said Ray's technology and ideas have truly been among the sunshines of my life."

Ray is the author of several books and is widely regarded as one of the leading inventors of our time.

His book, The Singularity Is Near, was a New York Times bestseller, and has been the #1 book on Amazon in both science and philosophy. His latest NYT bestseller is How to Create a Mind: The Secret of Human Thought Revealed. KurzweilAI.net has over two million readers annually.

He was the principal developer of the first omni-font optical character recognition (OCR), the first print-to-speech reading machine for the blind, the first CCD flat-bed scanner, the first text-to-speech synthesizer, the first music synthesizer capable of recreating the grand piano and other orchestral instruments, and the first commercially marketed large vocabulary speech recognition.

In 2002 he was inducted into the USA's National Inventor Hall of Fame.

He is a widely sought-after speaker and has given keynote presentations at the Microsoft CEO Summit, the World Economic Forum, Pop!Tech, PC Expo, Business Week, The Council on Foreign Relations, the American Psychiatric Association  and many others.

His presentations to diverse audiences combine wit and keen insight into contemporary issues of technology and its impact on society.

Ray was recently appointed as the Director of Engineering at Google.