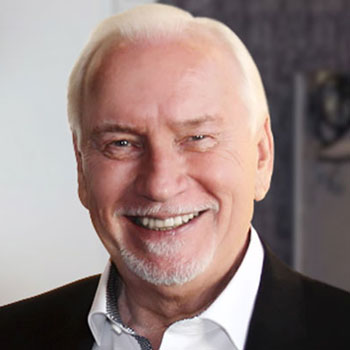 Ray Hammond is a world-renowned futurologist, technology analyst and commentator on the digital age.  He is a natural and charismatic performer with a speaking style that is spontaneous, interactive and entertaining.
A best-selling author,  his books have been published in 44 countries and in 23 languages. Ray Hammond is also a regular contributor to ˜MIT Technology Review,‘ ˜Computing‘, ˜Business and Technology‘ and ˜New Media Investor‘.
He wrote the world‘s first guide to on-line commerce and the Internet, ˜The On-Line Handbook‘ (1984) and is the author of the best selling ˜Computers and Your Child‘.   His book ˜Digital Business: Surviving & Thriving in an On-Line World‘ (1996) was described at the time as an inspiration to all those wanting to exploit the potential of on-line technologies.
In addition to his writing career and academic work, Ray is an entrepreneur who has founded and developed his own businesses in the UK, USA and Germany before selling them advantageously.
He is currently working on a book called Smart Bodies: How Digital Technology Will Transform Your Health.
In between writing and lecturing at his universities, Ray provides keynote lectures, workshops and seminars on the digital future for the world‘s leading corporations
Ray Hammond is a contributing editor to the Human-Computer Interaction Laboratory at the University of Maryland, USA; a visiting lecturer at the City University Business School, London; a fellow of the Royal Society of Arts (FRSA) and a member of the World Future Society.
Read More