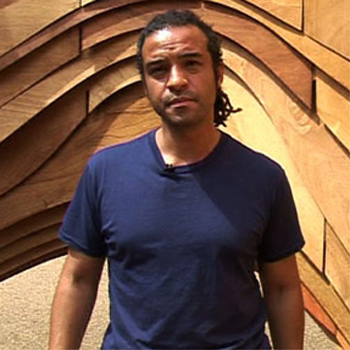 Raphael Rowe was born and brought up in south-east London and joined the BBC in 2001 as a reporter for the radio news programme Today. His tone, style and accent was different to that normally heard on the flagship programme and caused an immediate stir amongst the traditional Radio 4 audience.

But Raphael's path to becoming a reporter has been unique and remarkable indeed.

In 1988, aged 19, he was sentenced to life imprisonment for a murder and robbery he did not commit. In July 2000, after 12 years in prison, the Court of Appeal quashed his wrongful convictions and he was freed.

After a year travelling the world, Raphael returned to the UK determined to become a reporter. Raphael is self-educated on the criminal justice system and, against the odds, during his years in prison he studied journalism through a correspondence course.

As the subject of numerous stories by broadcast and print journalists during his long campaign for justice, Raphael has a unique insight into both sides of reporting and he now specialises in in-depth investigations, particularly human tragedies born from wrongs within the criminal justice system.

As the first person of mixed race to report for Today, the Six O'Clock News and now Panorama, Raphael has helped re-write the rules on what makes a BBC reporter.

He has reported on a wide range of issues, including the heroin trade from Afghanistan to Britain and the exploitation, and routes, used by terrorists to smuggle conflict diamonds. He also conducted a three-part investigation which revealed the UK's first criminal underworld rich list and carried out an investigation for Panorama into the murder of Jill Dando. The programme cast doubts on firearms forensic evidence used at the trial of Barry George, who was convicted of killing the BBC TV presenter. In August 2008, Barry George was acquitted at a retrial and freed.

With an incredible story to tell, and combined with his exceptional ability, Raphael's rise through the BBC and journey to the forefront of investigative journalism is an unparalleled one and he makes an inspirational speaker.

"Thank you again so much for speaking at the event last night, everyone was blown away by your story. It was truly captivating" - Saatchi & Saatchi