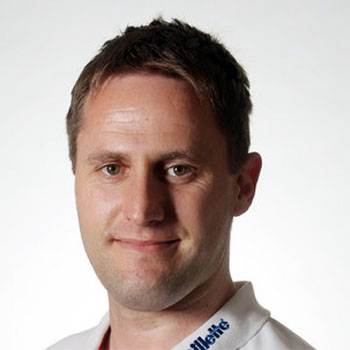 Professor Damian Hughes is an international speaker and bestselling author who combines his practical and academic background within sport, organisational development and change psychology, to help organisations and teams to create a high performing culture.

He is the author of eight best-selling business books, including Liquid Thinking, Liquid Leadership, How to Change Absolutely Anything, How to Think Like Sir Alex Ferguson, The Five STEPS to a Winning Mindset and The Barcelona Way: Unlocking the DNA of a Winning Culture. He has also been nominated for the 2007 William Hill Sports book of the year award for Peerless, his biography of boxing great Sugar Ray Robinson. In 2009, he co-authored a critically acclaimed biography of boxing legend, Thomas Hearns in Hitman: the Thomas Hearns Story. In 2013, his latest biography, Marvelous Marvin Hagler became the UK’s best selling sports biography.

He was appointed as a Professor of Organisational Psychology and Change for Manchester Metropolitan University in September 2010.

He is currently serving as a member of the coaching team for Scotland Rugby Union and Canberra Raiders.