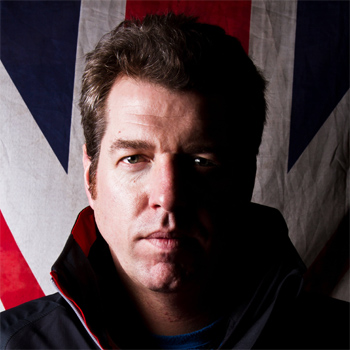 In 2008 Phil was injured on operational duty, sustaining injuries to his heart, his ribs and catastrophic damage to his spinal cord. Just over a year later he embarked on three physical challenges within a six month period that would inspire millions. The aim of each of these arduous physical endeavours has not just been to raise money for charity but also, perhaps more significantly, to raise positive awareness for those people who face either challenge or adversity in their lives. As he puts it, in short, anyone who suffers from a physical or mental disability, medical condition, deprivation or injury.
After a military career  that spanned 17 years, Phil embarked on a new life as a fundraiser, influencer and inspirational figure within the charity sector and has received accolades including Fundraiser of the Year at the Pride of Britain Awards and the Helen Rollason Award at the BBC Sports Personality of the Year.
His extraordinary achievements include raising over £1.3m for the wounded; within a nine month period he rowed the Channel, walked the London Marathon over 14 days and hauled himself up El Capitan (completing over 4250 pull-ups in 4 days). In 2012 he walked the equivalent of 310 marathons in 331 days visiting every county of Great Britain and Northern Ireland.
As a Patron and Ambassador to numerous charities, he was struck by the sheer scale of young people struggling to cope with serious trauma in their lives, particularly those with little or no support. With collective agreement from a wealth of charity experts and advisors that there was a vital need to support these young people, he founded the British Inspiration Trust (BRIT).
Read More