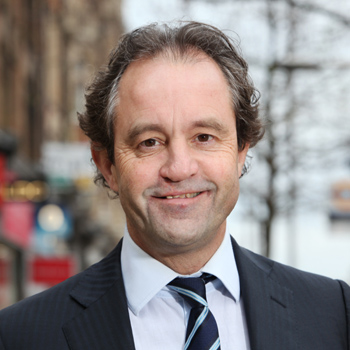 Peter Williams has spent over 30 years in a variety of both executive and non-executive positions in consumer-facing businesses spanning retail, leisure, media and consumer products. In the retail sector he has worked in department stores, ecommerce, duty-free, sportswear and fashion multiples, and mail order.
For 13 years, up to 2004, Peter was on the board of Selfridges, initially as Chief Financial Officer and then as Chief Executive, during its radical transformation from Grace Brothers to one of the world's leading department stores. Following Selfridges, he was the Chief Executive of Alpha Airports Group plc, which operated duty free retailing and airline catering businesses in 15 countries across the globe.
For eight years, up to December 2013, he was the Senior Independent Director at ASOS plc, the leading online fashion retailer, during which time sales increased from £33m to £750m, profits from £1m to £55m, and the market value of the company grew from £70m to over £4.5bn.
Now pursuing a portfolio career, Peter is Chairman or non-executive director of a number of consumer facing businesses both public and privately owned.
Peter is now Chairman of 2 online retailers - boohoo.com plc, a UK quoted company selling young fashion; and Mister Spex, selling eyewear from its base in Berlin. He is also Chairman at U and I Group PLC, the leading property regeneration company; Senior Independent Director at Rightmove plc, the UK’s largest property portal and Chairman at DP Eurasia, owner of the Domino’s Pizza franchise in Turkey and Russia.