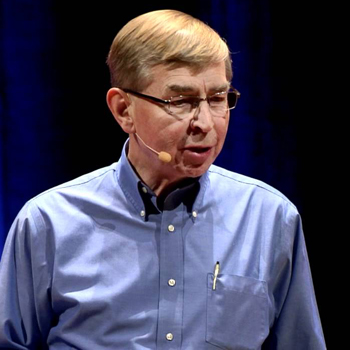 Peter Cochrane is one of the world's most respected and sought-after futurists.  He speaks on technology, change and the future effects of change on corporations, individuals and society. He is the former Head of Research at British Telecommunications plc, the UK's largest telecommunications company.
Renowned for his out of the box thinking, Peter produces a monthly blog for, TechRepublic.com, one of the leading information sites for the technology industry. Peter is the author of over 1000 blogs, articles and scientific papers, numerous books on the future, technology, business, management, and living with rapid change.  He writes for publications such as the Economist, the Daily Telegraph, Wired, and Financial Director.  He examines subjects such as the future of communications technology, banking and payment systems, how our cities will develop, government, healthcare, manufacturing, the environment, nanotechnology and biotechnology.
Peter is a seasoned professional with over 40 years of hands on technology and operational experience. He has been involved in the creation and deployment of new technologies, the transformation of corporations, and the starting of many new businesses. He currently serves on the Board of companies in the EU & USA.
His career in BT saw him progress to Head of Research and CTO with a 1000 strong team engaged in studies spanning optical fibre, fixed and mobile networks, terminals and interfaces, artificial life and healthcare, through to war-gaming, eCommerce, eRetail, eLogistics and business modelling.
Since leaving BT in 2000 Peter Cochrane has been involved in the start-up sector as an Angel and Venture Capitalist with an involvement in setting up new companies in the Travel, Entertainment, Logistics, IT, Security, Education and Healthcare sectors. He was one of the founding directors of eBookers - a start-up that became the biggest eTravel business in the EU, reaching over $1Bn turnover in its fourth year of operation.  He was the founding investor in Shazam, the mobile phone based music identification service.  It is npw one of the 10 most downloaded apps on the App Store.
Peter has also spent time in academia as an educator. He was appointed as the UK's first Professor for the Public Understanding of Science & Technology in 1998. A graduate of Nottingham Trent and Essex Universities, Peter has received notable recognition with the Queen's Award for Innovation & Export in 1990 and Honorary Doctorates from Essex, Robert Gordon, Stafford, Nottingham Trent and Brunel Universities.
The topics Peter specialises in are:-
Read More