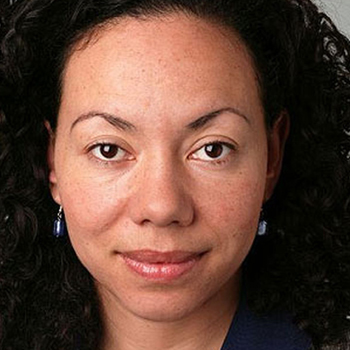 Baroness Oona King is a member of the House of Lords and was appointed Baroness King of Bow in January 2011. She is a broadcaster, writer, political campaigner and is a director of Diversity Strategy at Google. During her time in Parliament, Oona changed the law in five areas, including housing policy and equalities policy. In her first year in the House of Lords she was nominated for 'Campaigning Peer of the Year'.
Oona founded the All-Party Parliamentary Group on Genocide Prevention in the House of Commons and received a commendation from the UN Security Council's Expert Panel as a result of her group's work on peacekeeping. Other roles have included Vice-Chair of the British Council, Chair of the All-Party Group on Business Services, Vice-Chair of London Labour MPs, and Treasurer of Friends of Islam.
Before becoming an MP at the age of 29, she gained a first class politics degree from York University, and a scholarship to The University of California, Berkeley. After graduating Oona was a Trade Union organiser representing low-paid workers and spent five years as a researcher at the European Parliament. She was the senior policy advisor to former Prime Minister Gordon Brown on Equalities and Diversity and chaired the steering committee of the Cultural Diversity Network (an organisation representing all Britain's major broadcasters including the BBC, Channel 4, ITV and Sky) and the Broadcasting and Creative Industries Disability Network (BCIDN)
In 2007 Bloomsbury published her political diary The Oona King Diaries: House Music which was nominated for 'Political Book of the Year' in the Channel 4 political awards. Outside of politics Oona Oona has written for papers including the Guardian, New Statesman, Sunday Telegraphy, Express and Observer, and is a presenter for television and radio documentaries.
She has appeared on television shows including This Week, The Daily Politics, The All Star Talent Show and Have I Got News For You, and has worked as a television presenter for The BBC, Channel 4, Sky, Five and ITV.  She hosted American Prophet, a documentary about the Deep South and a BBC Two documentary on Martin Luther King and in January 2013, she appeared on ITV's skating show Dancing On Ice.
Fluent in Italian and French.
Read More