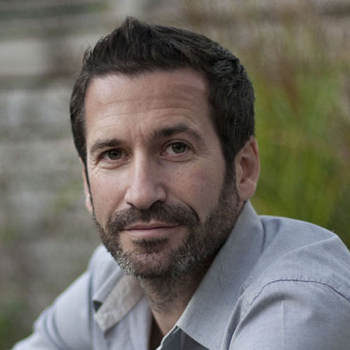 Oliver studied architecture at Oxford Brookes University and then completed a postgraduate in architectural studies at University College London.
He worked in exhibition and set design before winning the BBC's Young Designer of the Year in 1998.  He set up the interior and architecture practice Blustin Heath Design, with Nikki Blustin, creating practical, beautiful sustainable designs for Barratt Homes, Bio Regional, ING Real Estate and Islington Council, designing their Sustainable Living Centre.
On television Oliver has been involved in the BBC's Home Front. Changing Rooms and Heaven and Earth; Channel 4's House to Home and ITV's Front of House.  In all his programmes he incorporates sustainability and shows people how they can make it part of their lifestyles without compromising on style. In Dream Homes for The Discovery Channel, Oliver followed  couples building new homes. Most recently Oliver has acted as a guest designer to the ever popular BBC DIY SOS, working alongside the regular team.
Oliver has written design columns for the Observer, Friends of the Earth, Earth Matters, Move and Improve and House Beautiful magazine.  He has released three books about home design & style “Oliver Heath's Home Book, “Front of Houseand “Urban Eco Chic.
In 2006 Oliver co-founded EcoCentric.co.uk, an online ethical retailer dedicated to interiors products reflecting Oliver's style. It was set up as a response to a need for beautifully designed, coordinated sustainable products for the home but after 4 years of successful trading Oliver sold EcoCentric to a competitor.
Oliver regularly presents seminars on sustainable homes and lifestyles at events such as EcoBuild, Grand Designs Live, 100% Design, the Ideal Home Show and the National Home Improvement Show.
He has recently completed a full environmental refurbishment of his home in Brighton, showcasing the practical and aesthetic benefits low energy living, reuse and ingenious recycling. The house was awarded Super Home status by the Sustainable Energy Academy for reducing its carbon emissions by over 75% and in March 2011 was awarded the British Institute of Interior Design's Retrofit award.
Since moving to Brighton and having children Oliver has been promoting his new design company, Heath Design Ltd.
"Thank you for everything on Saturday night at the Construction Awards. It was overall a very successful evening."  Oliver hosted The Jersey Construction Awards - September 2012
"Oliver was an absolute pleasure to deal with¦Our client was extremely happy with the interviews. "   Marketittiers4DC - Oliver took part in a radio day on behalf of Focus DIY - July 2007

"Many people commented on how they had enjoyed your speech as well as chatting with you after the ceremony. Having someone such as you attending our event makes the occasion extra special, for not only our winners and their guests, but also for the staff who worked hard to bring the evening together."  Oliver spoke at the London Borough of Bromley's Environmental Awards - June 2007