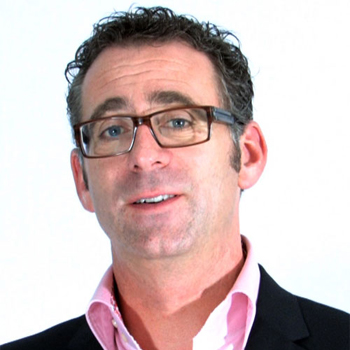 Nick Davies, LLB (hons), barrister and Author of 'How to be Great at the Stuff you Hate: the straight-talking guide to persuading, selling & networking' Nick began his first business when he was 19. It was then that he discovered he was good at selling but he wanted a dependable income so became a sales rep and proceeded to sell advertising space, leasing and office equipment.
At 23 he decided it would be a nice idea to become a barrister but he didn't have a degree (in anything) so studied law on a Monday and Wednesday night for six years, whilst working full time at Russell & Bromley in Manchester, selling shoes to, amongst others, Vera Duckworth and David Beckham.
Called to the bar in '99 and he ended up working for Hammond Suddards in Manchester doing contentious health, safety and environment work: he loved it so much that he left after seven months. He moved to Edinburgh, started a recruitment business with his sister and was the director responsible for the legal sector for six years. He also established the Scottish Legal Awards.
Some years later he was asked to do some training by legal clients so he wrote and delivered some courses. Shortly afterwards he left the recruitment business and began training full-time, establishing the 'The Really Great Training Company' in January '08. Over the years Nick has accumulated a wealth of experience, training and teaching lawyers, accountants, and civil servants, from the exceptionally junior to the incredibly senior, all over the UK, how to sell, persuade, close, speak, negotiate, network and develop business and has loved every minute of it.
Somewhere along the way Nick developed a taste for after dinner speaking. Being from a business background means that he can make delegates laugh as well as getting key commercial messages across.
Nick's accolades include:
Trainer of Communication Skills to Members of The Royal Household
Legal Education & Training Group's 'Trainer of the Year' 2007/'08
KMUK International's 'Conference Speaker of the Year'  2010 & 2011
With clients that include amongst others: Allen & Overy, Marie Curie, Pinsent Masons, Baker & McKenzie, Siemens and Latham & Watkins.
His work has included one-to-one coaching, small group training, right through to delivering seminars to entire employment, real-estate and corporate teams, of between 12 to 50 individuals.
Nick has extensive experience of delivering training to lawyers from across the globe, in networking, business development and presentation skills as well as negotiation and influence and persuasion.  He's been asked to talk to groups ranging in size from 6 to 750, Although the majority of this work has taken place in London, he has also delivered training and spoken at conferences in: Monaco, Dublin, Lisbon, Brussels, Leuven, Malaga, The Cayman Islands, Bermuda, Frankfurt, Munich, Hamburg, The Hague, Antibes and Riga.
As well as training Nick also performs stand-up, delivers after-dinner speeches and hosts award ceremonies.  Over the past few years he's worked and shared stages with a buffet of reasonably well-known people; including: The Rt. Hon. Michael Portillo, Sir Digby Jones, Jenny Bond, Kate Adie, Roger Black MBE, Alan Hansen, Declan Curry and Alastair Campbell.
Read More