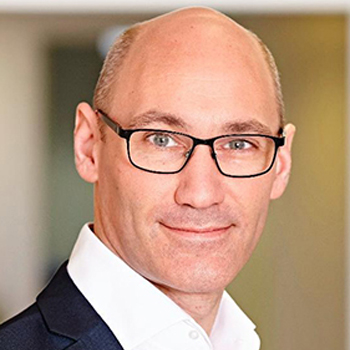 Neil Morrison played a major role in the merger of Penguin Random House, which saw him promoted to group HR Director. This followed five years as HR director at Random House, after Rentokil and Argos.

Neil is forthright in expressing his frustrations about the shortcomings of Human Resources and in his provocative blog, Change Effect, he’s passionate about how the profession could be shaken-up for the better.

Having overseen the merger of two major publishing houses Neil is acutely aware of the anxiety changes can bring. He believes that concentrating on culture and leadership whilst being really clear about genuinely looking for the ‘best solution’ helps to avoid being dragged down to tricky phrases like ‘consolidation’, ‘integration’ and ‘harmonisation’. "It’s really important to keep our heads up and look at the horizon, rather than getting caught up in detail after detail”, he claims.

Neil is excited about the opportunities that creating something new brings Building an organisation for the twenty-first century is something that not everyone is lucky enough to be able to do; and that in this modern era people can be part of more than one culture, and they are central to the success of a company.

Neil speaks about leading in times of disruption, embracing lessons from leading an organisation through digital change, the future of work; and technology and work; and how technology is impacting the way we work and think about work.

Passionate about diversity, for him it is about anything but quotas based on gender or racial background. How about socio-economics? In order to broaden the talent pool at Random House, he has actively tried recuiting from non traditional areas and regions as it's only through reaching out to people who would not normally consider publishing as a career path that you can attract them in the first place.

Looking further ahead, as the millenial generation appear to place a higher value on work/life balnace before, what impact does that have on companies? Not just flexible working, but geography - as more and more pressure is placed on London and the South East with resulting affect on house prices, should companies consider more regional bases? Does everyone have to be based in the capital?

He believes that values lead organisations and that purpose and values are what drives organisational success - getting this right is key.

"Neil has chaired our last two national conferences.  He is a thoughtful host who brings a wealth of experience and insight to events.  He engages well with audiences by highlighting important points made by speakers and adding a bit of humour.  He is not shy about stimulating debate and discussion, which we feel is essential is making an event interactive and participative.

I have no hestitation in recommending Neil as a speaker or chairman to any organisation who are looking for a bright, insightful chair or facilitator."  Chief Executive, Recruitment and Employment Confederation