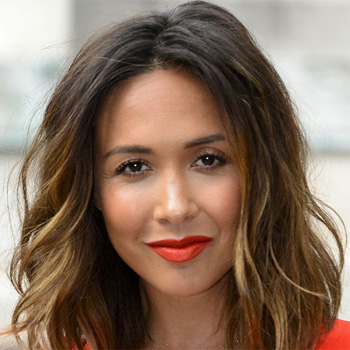 Musician, TV & radio presenter, designer, model and singer, Myleene has presented primetime TV and radio shows, released three hit classical albums, designed her own range of baby clothes and fronted some of the UK's highest profile advertising campaigns.
Myleene Klass began playing the piano and her grandfather's violin at age of four. She studied Voice at the Guildhall School of Music and Drama where she also added Harp to her repertoire. She won a scholarship at the Royal Academy of Music where she later graduated and then worked as a session musician and singer.  She made her West End debut, in  'Miss Saigon.'
Then in 2001 she joined the thousands of hopefuls in 'Popstars' and was chosen to be one of five members of the group Hear'Say. Their first single "Pure and Simple" entered the charts at No.1 and sold over 1 million copies.  Despite a string of hits, the band split in 2002 so Myleene pursued a solo career, releasing her hit classical album 'Moving On.'
In 2005 Myleene began her TV presenting career with ITV1's Saturday morning music show 'cd:uk'  interviewing top music names from 50 Cent to Westlife.
A year later Myleene spent three weeks in the Australian jungle in 'I'm A Celebrity Get Me Out Of Here'  where her natural charm and positive personality won over viewers of all ages and her bikini clad jungle showers made front page news! She was crowned "Queen Of The Jungle" and auctioned her now legendary white bikini to raise money for the victims of collapsed Christmas savings firm Farepak.
More TV presenting roles followed on 'The X Factor', 'The People's Quiz' and 'The One Show'.  Then in 2007 she was given her own movie show 'The Screening Room' on CNN International where she's interviewed Brad Pitt, George Clooney, Robert De Niro and Johnny Depp to name but a few.
On radio Myleene has presented the Classic FM Breakfast show.
She released classical albums 'Myleene's Music For Romance' and 'Myleene's Music For Mothers' and, following the birth of her baby daughter in 2007, returned to work to host the  ITV1 show 'Saturday Night Divas', finishing the year by hosting BBC1's 'New Year Live'.
Her first book 'My Bump and Me' was published in 2008 and shot straight into the Top 10 bestseller charts. She made her TV debut in Canada hosting 'A-Listers Unzippped', a fashion panel show and she followed this by presenting 'The Classical Brits' for ITV1 and co-hosting BBC1's hit series 'Last Choir Standing'.  More recently she has presented Channel 4's top rated makeover show '10 Years Younger: The Challenge' and she continues to helm shows on CNN, regularly appearing in front of 200 million viewers.
Myleene has visited Kabul in Afghanistan to present troops with the Daily Mirror's prestigious 'Pride of Britain' award.
With her exotic looks (her mother is Filipino, her father Austrian/English), her extraordinary talent, and her passion for the entertainment industry, Myleene is in great demand for hosting top corporate events.
Read More