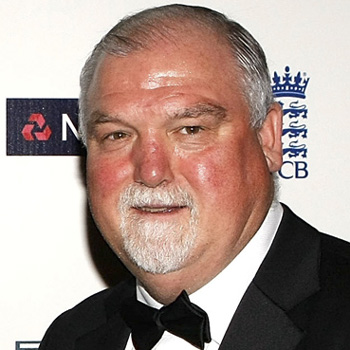 A prolific county batsman who amassed nearly a hundred centuries over his long career, Mike captained England and was the last English Captain to retain the Ashes in Australia. He was an important member of the England team for many years and was the victim of the infamous "ball of the century" that introduced Shane Warne to the English cricketing public.

Gatting was a good driver and stern on anything short of a length, generally scoring his runs at a fast pace. He was a useful medium paced bowler, an excellent short-leg fieldsman, and at county level an extremely successful captain, leading Middlesex to many titles.

He retired at the end of the 1998 season, and coached Middlesex in 1999. Mike has since turned himself into a respected commentator for both Sky TV and the BBC.