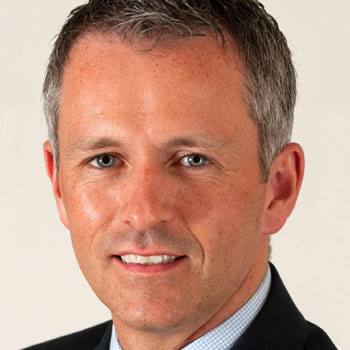 Mike Forde is one of the UK's leading Sports Executives, having worked in the English Premier League since 1999. He is widely recognised as a leading figure in the EPL and European Soccer for driving innovation and cutting edge methods to create a sustained business model for Elite Player Performance.

Now based in New York, he is consultant to San Antonio Spurs; Atlanta Falcons; Manchester United and Team Sky Cycling. He consults on business redesign of sporting operations.

From 2007 - 2013 he was Director of Football Operations & Executive Club Director for Chelsea Football Club, dealing with all areas of performance and team operations relating to the first team, including player recruitment; medical; sport science; psychology and performance analysis.

A highly regarded figure within the game, prior to joining Chelsea, Mike was Performance Director for Bolton Wanderers Football Club, also in the EFL.

Mike's background is in sports science and psychology, with a degree in Sport Science from Liverpool John Moores University and a Masters in Psychology and Sport from San Diego State University.

Today he runs hie own consultancy business and is an adviser to Leaders in Performance, a group of professionals who come together and share ideas. He is developing High Performance teams in sports other than football. He is an adviser to the San Antonio Spurs NBA basketball team in the US, as well as the McLaren Formula One Applied Technologies division. He is also a Non-Executive Director with Lawn Tennis Association / Wimbledon, and has advised on high performance cultures and talent management across a variety of global sports including NFL, MLB, International Rugby Union and International Cricket.

A sought-after expert for sports business discussions, Mike uses his skills in performance, operations, sports science and psychology along with his understanding of football, to inspire and motivate in the business world.

"Mike Forde was a keynote speaker at the Oil and Gas Human Resources Forum in Paris with more than 100 participants from 40 companies. He had a vibrant message on how to channel a team towards peak performance. He was inspiring and natural at the same time and we will all learned on what to do and what not to do. He got the best rating from the participants . He has an amazing sense of what motivation is about."  Senior Advisor, Schlumberger Business Consulting for Mike's keynote speech at the 9th Oil & Gas HR Forum, Paris  - December 2012

Not only did Mike impress our clients and staff with his insights about talent management and performance culture he also managed to transfer key learning's from football to business and even communication. Mike's knowledge and authentic enthusiasm for the field of performance gives you new ways of looking at things and motivates you for change. His presentation inspired us all!  Gambit Hill&Knowlton, Oslo, Norway

Mike's presentation style and manner in which he connected with the audience was fantastic. Even for those who were non-sports enthusiasts, it was clear that he held the whole room captive and fully engaged throughout the presentation. Mike's communication style was extremely clear, professional and highly impactful.  The RES Forum Ltd